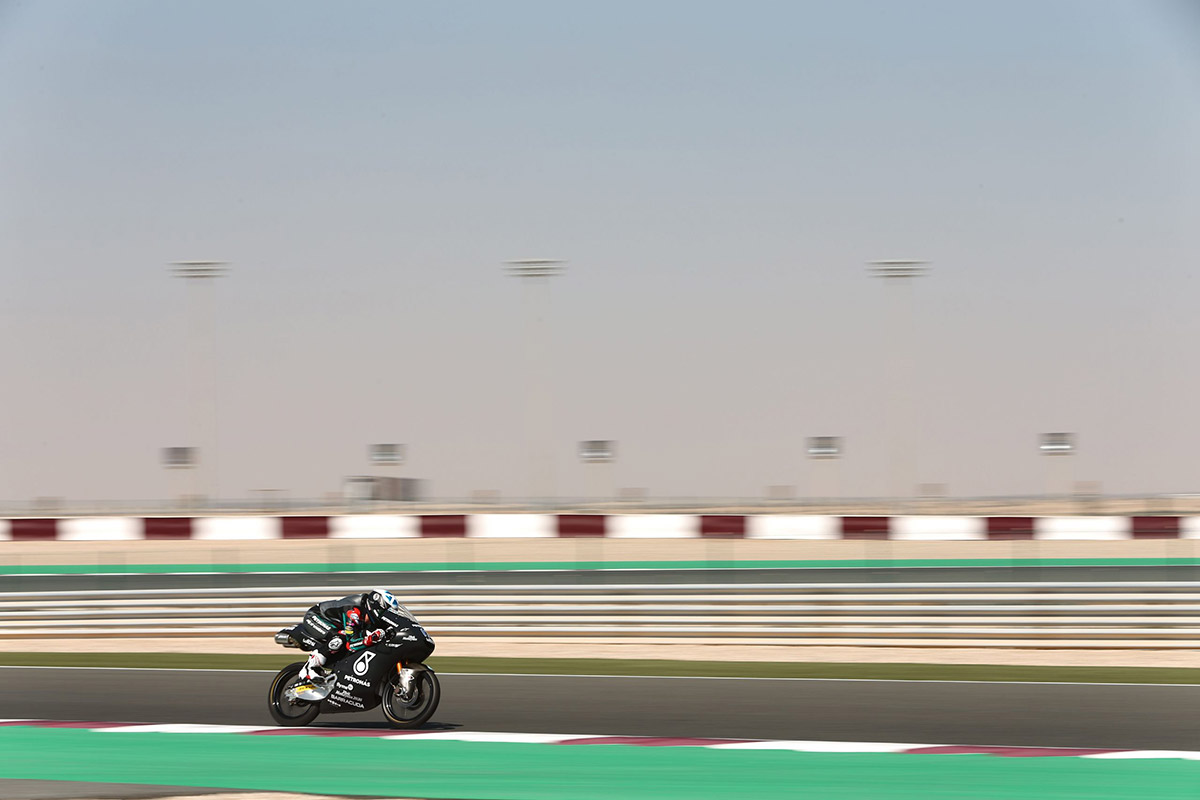 Despite the MotoGP test ending just a few days ago, the Qatari circuit was still quite dirty when the first green flag of the day was waved. Both John and KIP used the opening session to complete a few sighting laps to help rubber-in the track, before testing began in earnest in the afternoon.

Both riders started with the same base settings on their Honda NSF250RW machines from the test in Jerez, with the aim of accumulating rubber on the surface of the Losail circuit before working to fine-tune and adapt the setup over the next two days. John increased the amount of laps completed each session and was able to reduce his lap time throughout the day.

At the end of the first day, John was fourth in the combined standings having completed 28 laps, the fastest of which was 2min 6.364secs.

Testing will continue tomorrow at Losail International Circuit for the pair, with Moto3 track action starting at 9.15am local time (7.15am CET and 6.15am GMT).

John McPhee
4th (2:06.364)
“Today was a productive day even though we didn’t do so many laps because the track condition wasn’t fantastic at the start of the day. In the second and third sessions I felt good with the bike, we continued working with the base from Jerez and we didn’t actually make any changes. I just tried to get myself up to speed. We saved some of the tyres from the allocation, so we only made one time attack on the soft tyre today. Overall the feeling is good and we will work to improve some areas in the next two days. We’re not 100% clear yet on what we want to be working on as there were a few things interfering today: the track condition, not doing as many laps as we wanted to. We will reassess how the feeling is with the bike tomorrow, as we want some more rubber on the track before we make any changes.”