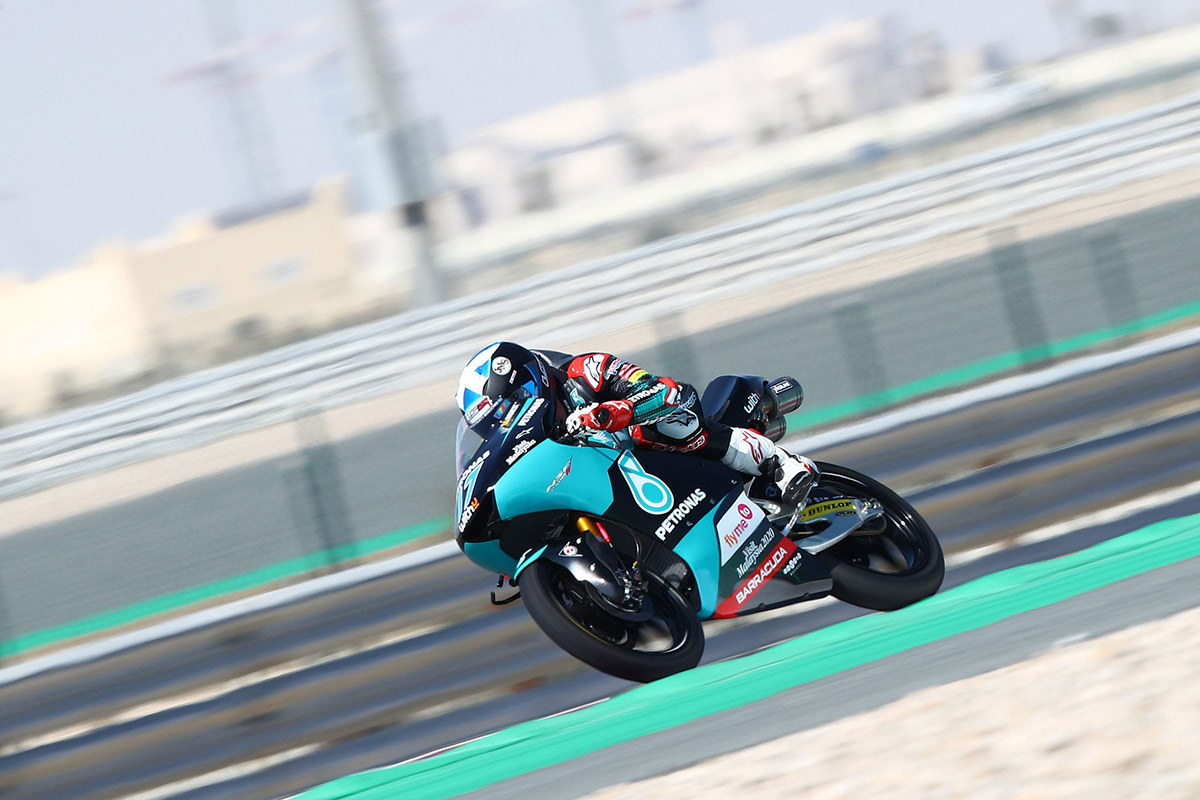 Despite the dust that had been blowing over the track in the last few days, the circuit staff had been able to brush and blow the majority of it away leaving the Moto3 riders a mostly clean track for their opening session of the day. Both McPhee and KIP were quick to get out on the 5.4km long circuit and officially start their weekend with John setting a best lap time of 2mins 6.219 secs and KIP a 2mins 7.337secs lap.

The second free practice session saw the riders run with soft tyres on their Honda NSF250RW machines as the temperatures were lower and conditions more representative of what they will face in the race on Sunday. McPhee was immediately quick and soon set times that were quicker than the fastest lap in FP1. At the end of the second practice session the Scot had managed a best lap time of 2mins 5.383secs, which placed him 11th in the combined standings across the two sessions.

Tomorrow the PETRONAS Sprinta Racing pair will have one final practice session at 12.55pm local time (17.55am MYT) before the first qualifying session gets underway at 5.05pm local time (10.05pm MYT).

John McPhee
11th (2’05.383)
“The pace is decent, especially with the used tyre, so I’m feeling good. I did my lap with the soft tyre alone so there’s still quite a bit of time there to be made with a tow and a slipstream. With the lap time I’d hoped to be a little bit further up the grid but there’s a lot of guys putting really fast times in so we’ll see how FP3 goes tomorrow, but the main focus is to get into Q2. The last few days there’s been a bit of a sandstorm so I thought FP1 would be more or less a write off, but in the end it was quite decent. The lap times towards the end of the session were quite fast and in FP2 were a lot faster than what we’d expected. Of course testing is important but it’s so nice to get away from that and actually now focus on a race weekend. I’m really looking forward to Sunday.”