Third row of the grid in Qatar for John McPhee 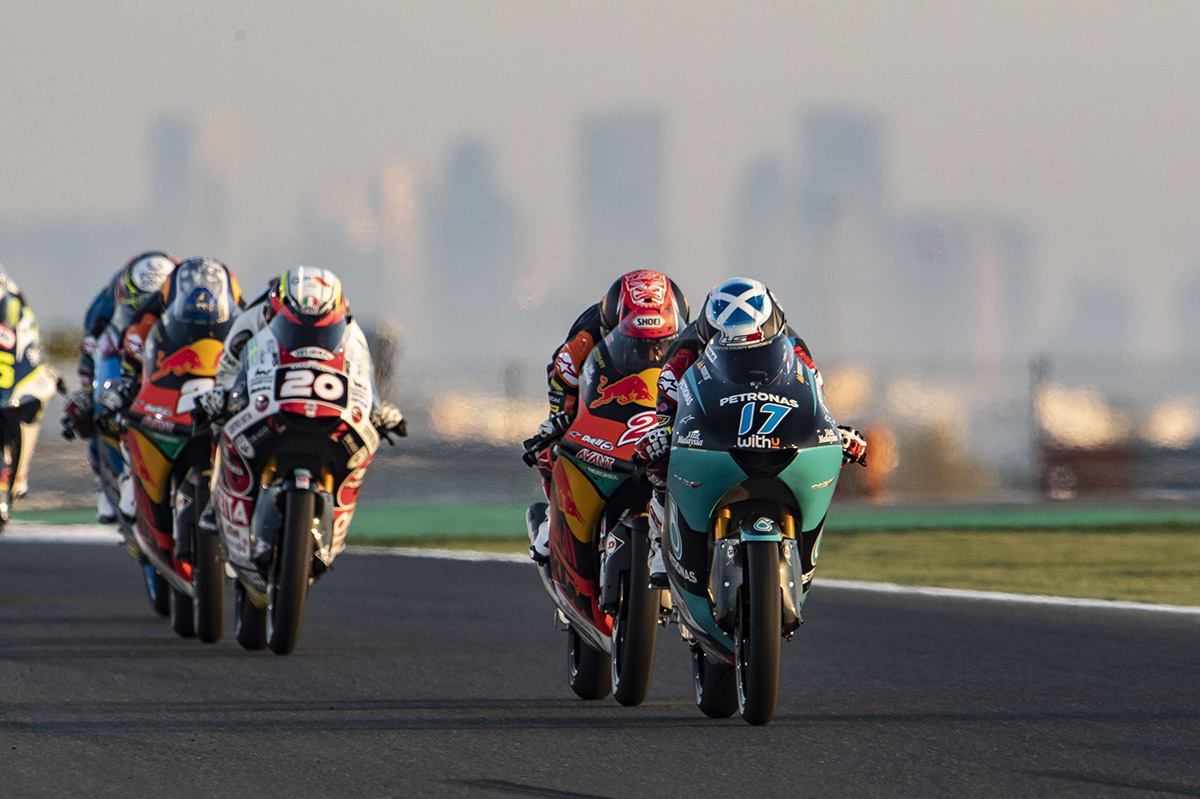 PETRONAS Sprinta Racing’s John McPhee will start tomorrow’s first Moto3 race of the season at Losail International Circuit, Qatar, from the third row of the grid after qualifying ninth.

After being in the mix in yesterday’s two practice sessions, John encountered some issues with rear-end chatter in today’s free practice session that prevented him from setting the time expected. Despite battling with the issue, the Scot was able to set a time that saw him secure one of the automatic Q2 spots. The team worked hard to fix the issue for qualifying and McPhee was able to set a 2mins 5.242secs lap, which will see him start the first Moto3 race of the year from the third row of the grid in ninth.

Tomorrow’s race day action will kick off with the Moto3 Warm Up session at 1.10pm local time (6.10pm MYT), before the lights go out for the first Moto3 race of the season at 4.20pm local time.

John McPhee
9th (2’05.242)
“In FP3 we came across a problem with rear-end chatter and it seemed almost impossible to do a lap time, but then we managed to find the cause of this issue and everything was back to normal. To be able to ride in qualifying with a bike that’s working normally and to have no problems was really nice. I did the lap time chasing a little bit of a group, but I also lost a couple of tenths. I have a lot of confidence again in the bike and to be able to attack, especially in the fast corners and under hard braking, is really good. Starting in the third row is enough to be in that front group come the start of the race tomorrow and I’m really looking forward to the first fight of the season. I’m expecting a big group like we saw a lot of times last year, maybe even more than 20 riders, but towards the end of the race it might break up again a little bit. My pace feels really good, especially on the used tyre, so let’s see if we can try to break up the group a little bit. That would be fantastic.”