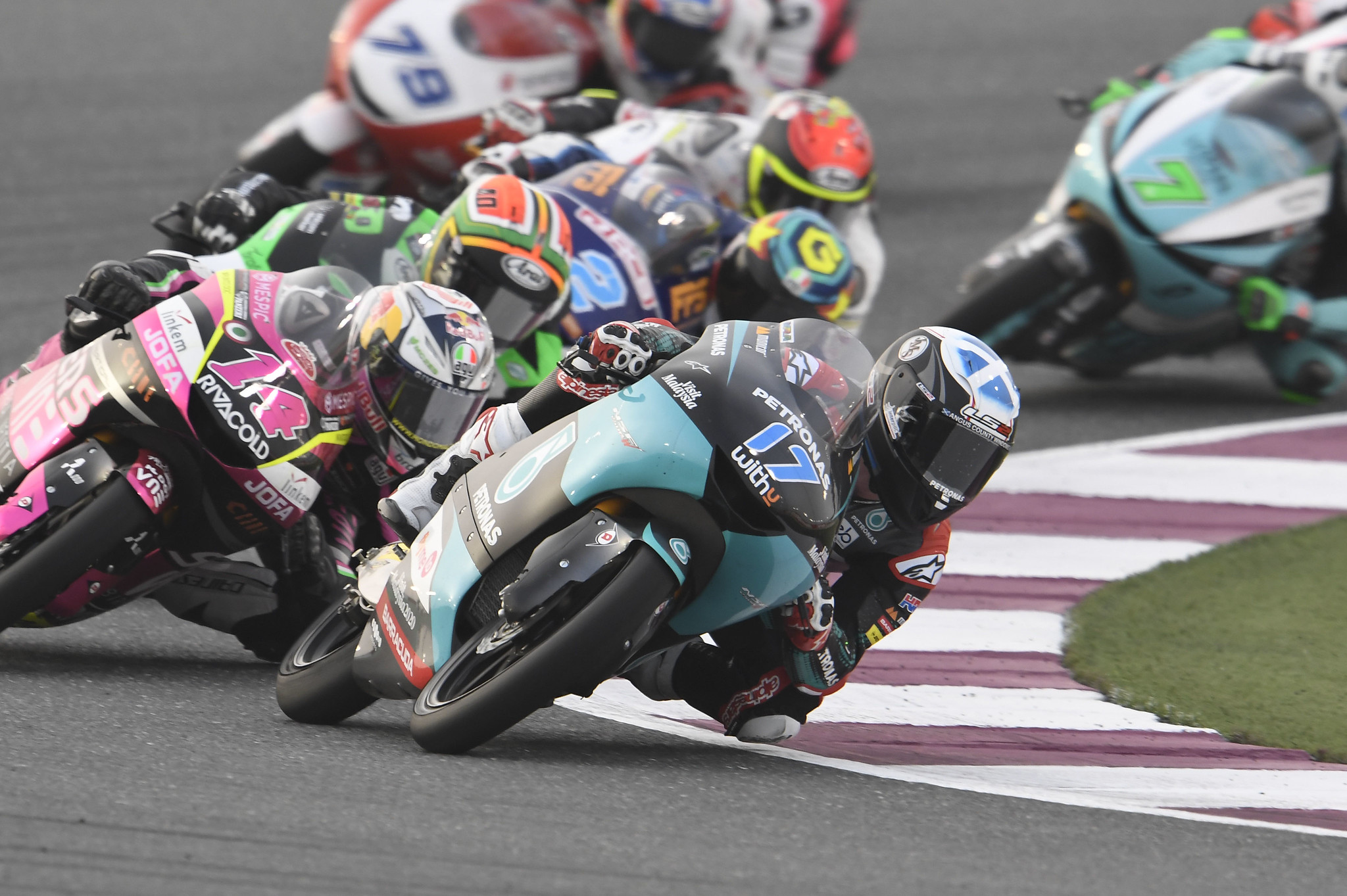 After a very tense and close Qatar Moto3 race John McPhee claimed the second step of the podium for PETRONAS Sprinta Racing, just losing out on the win by 0.053 seconds.

The first race of the year didn’t start the way that John might have wanted, after finding himself stuck in the pack as the riders made their way into the first corner after lights out. However, the Scot stayed with the 18-strong pack throughout the opening phases of the race, biding his time until the field started to spread out. Constantly in the mix for the top seven places, John took his turn on the front of the pack before running wide and dropping back a couple of places.

The last lap saw him put some space between himself and third place as he challenged for the lead. Tucking in as much as possible behind his screen, McPhee crossed the line just 0.053 seconds shy of first place.

Due to the postponement of the Thai GP, there will now be an extended break for the PETRONAS Sprinta Racing team before Moto3 action is due to recommence at the Circuit of the Americas next month (3-5 April).

John McPhee
2nd (+0.053)
“It’s a fantastic way to start and I’m so happy for the team and for everyone that’s been working hard around me to make this possible. We’ve worked all off-season for this; I’ve worked with my crew and really focused on being alone on track to work on the race pace. To then put all the practice into the performance today was a really nice feeling. The first seven or eight laps caught me a little unawares as I didn’t expect some of the guys to be so strong. I knew that my main strength was at the end of the race on the used tyre so I was keeping that in mind trying to stay with the top seven. I almost put the perfect plan together. I thought about making a lunge on the last corner of the last lap but I knew from watching races from the last few years that only once has someone been able to lead from the last corner across the line so I thought it was a good plan to be second out of the last corner. It didn’t pay off but I’m really happy to be on the podium.”