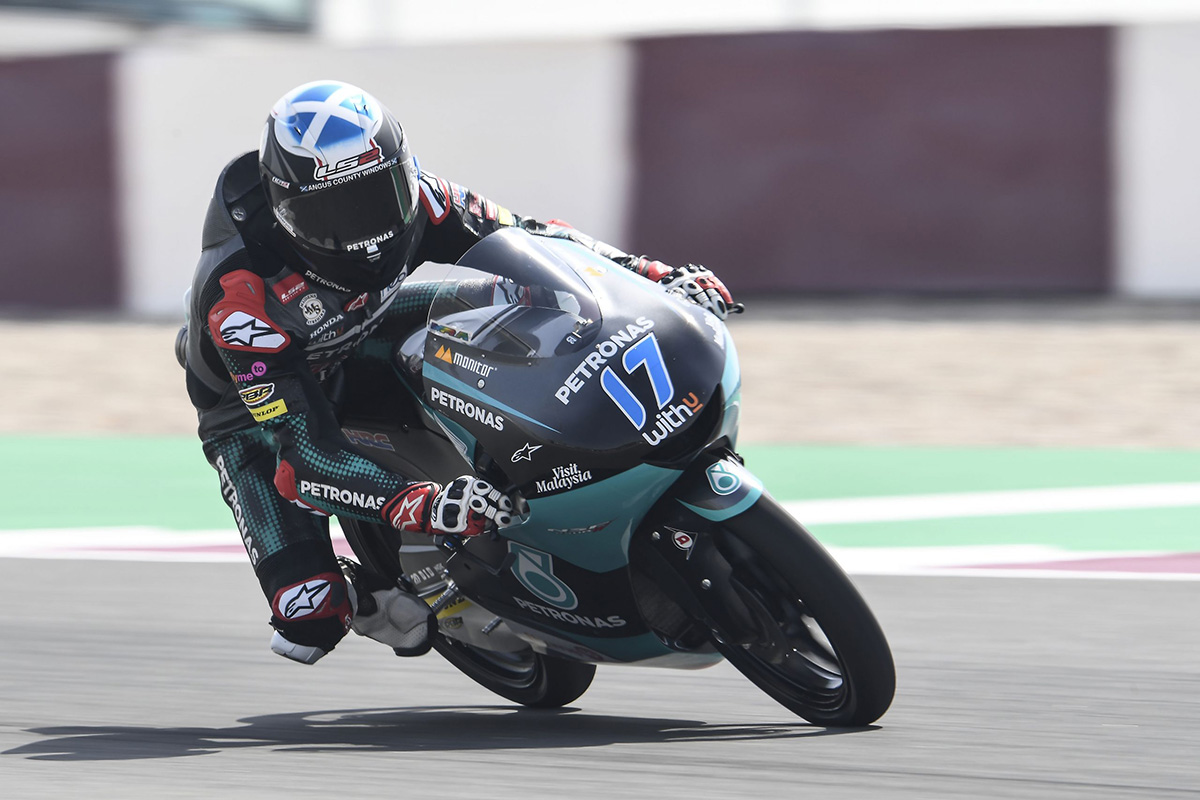 John is eager to pick up where he left off in the Moto3 championship, after the first round saw the Scot finish second, only 0.053 seconds shy of the win. Team-mate KIP will be looking to continue the improvements made during the pre-season tests and during the Qatar GP.

The pairing face an extraordinary season, rudely interrupted by an enforced break since Qatar. This Wednesday sees the duo take to the track to test, reuniting the riders with their Honda NSF250RW bikes for the first time since the season-opener. This weekend’s race is the first of 13 across the next 18 weeks, with the paddock set to look very different, devoid of fans and with minimal support crew in attendance.

The Moto3 category will enjoy being the first riders back on track, with their first session of the one-day test on Wednesday starting at 0900 CEST/1500 MYT. Their Saturday qualifying sessions will begin at 1235 CEST/1835 MYT before their second race of the year begins at 1100 CEST/1700 MYT on Sunday.

John McPhee
I don’t think I’ve ever been more prepared for a race! I’ve had since Qatar to prepare and look forward to the weekend in Jerez finally arriving. I think it will be a challenge jumping back into a race, just because it’s been so long for everyone. However, I feel we can look forward to a really exciting weekend ahead because we had a great feeling with the bike at the Jerez test, I’m very familiar with the bike and I have such a great crew. Over the last four months, I’ve mainly focused on my fitness as we’ve not been able to ride any motorbikes for a lot of it. I actually feel at my best physically and I’m probably in the best shape I’ve ever been in! In this past week I’ve also been able to confirm that I still know how to ride a bike too!