Heartbreak in Jerez for John after last lap crash 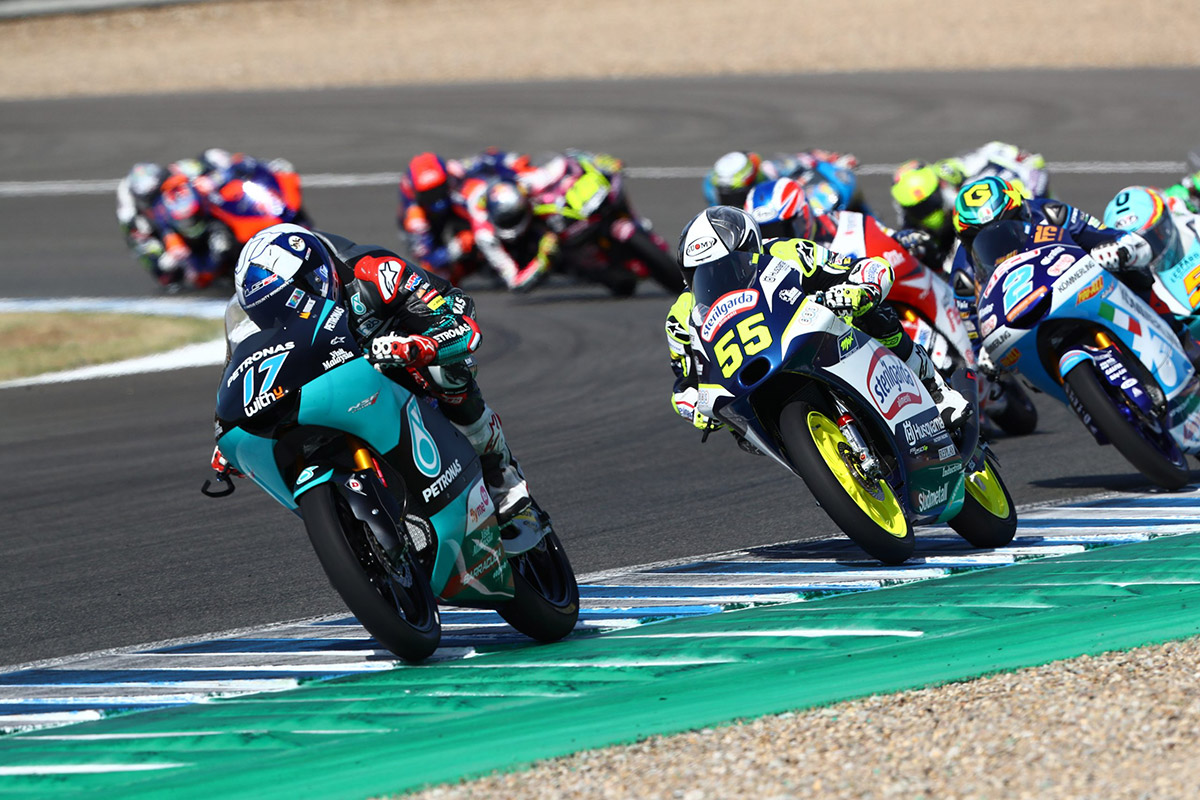 A podium finish and even a win looked likely for John McPhee in today’s Moto3 race, but a last lap crash prevented him from crossing the line. Fellow PETRONAS Sprinta Racing rider Khairul Idham Pawi made progress to finish 22nd.

When the lights went out for the first Moto3 race since March, John didn’t have the best of starts and found himself slipping back from third off the line. Biding his time in the first half of the race, the Scot made his way back up to the leading pack to go second at the halfway point. An intense battle, characteristic of the Moto3 series commenced, which saw him lead in the closing laps.

John was third going into the last lap and looked to be in with a chance of the race win. Unfortunately, crowding in the final corner left him with nowhere to go and he crashed out. However, his second place last time out in Qatar was good enough to keep him third in the championship standings.

Unfortunately that’s racing. I gave everything I had today and tried my best on the last lap. I didn’t get a great start and I had to overwork the tyres a bit to get back to the sharp end, but it means I’ve got more knowledge ahead of the next race. The good thing is I felt strong all race. It’s unfortunate about the result, but these things happen and we’ll try again next week. We know now that we can turn up at every race and be near the front, to be within the podium positions. Knowing that is a massive confidence boost, everything is working well with my bike and we’re doing everything we can as a team.