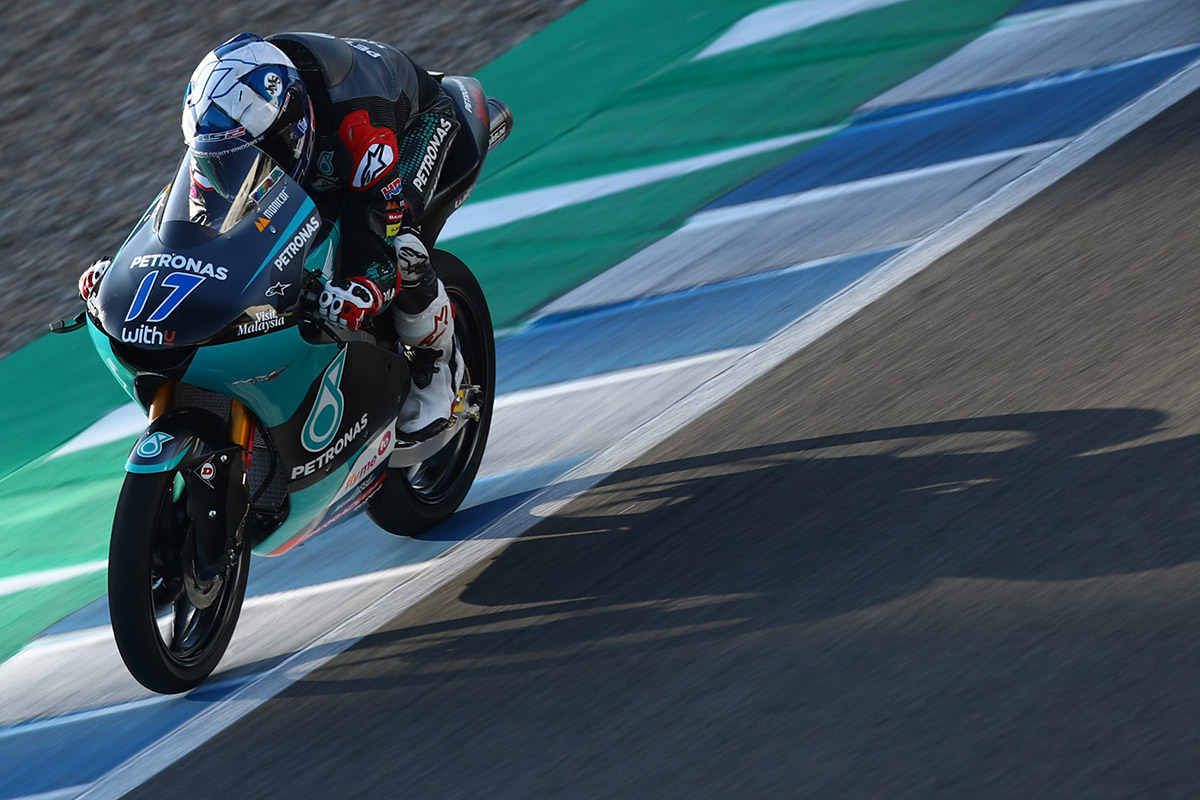 Only five days since the Spanish GP, PETRONAS Sprinta Racing’s Moto3 riders John McPhee and teammate Khairul Idham Pawi were back out in the Spanish heat at the Circuito de Jerez – Angel Nieto today, where they battled track temperatures as high as 52C to finish ninth and 23rd respectively across the two free practice sessions.

After the heartache of last Sunday, John comes into this weekend eager to make amends. The Scot has started the Gran Premio de Andalucía weekend strong after topping the times in the blistering heat of FP2 with a 1min 46.560secs lap. Running on old tyres the pace shown by McPhee was impressive, however with the increased temperatures meant that he was unable to improve on his FP1 lap of 1min 46.387secs and he ended the day ninth in the combined times.

John McPhee
9th (1’46.387)
We started FP1 more or less with the same bike as the last race, but with one or two different things to try. We evaluated some different options and managed to find a good compromise, although the solution we tried in FP1 was not necessarily the best option. For FP2 we put what we learned into place, we went with more or less the same tyres from FP1 and managed to do a good lap time, especially in these temperatures. It’s been a productive day overall and I’m looking forward to FP3 and of course qualifying tomorrow. I think we have the speed to be on the front row. In the end we’ve seen that I was on the front row last weekend and on the first lap I ended up P10, so it’s not a disaster if we don’t. Of course it’s nice to be there on the front and it’s always our target to be on the front two rows. We will dig deep tomorrow in qualifying and see where we are: it’s nice to be back here!