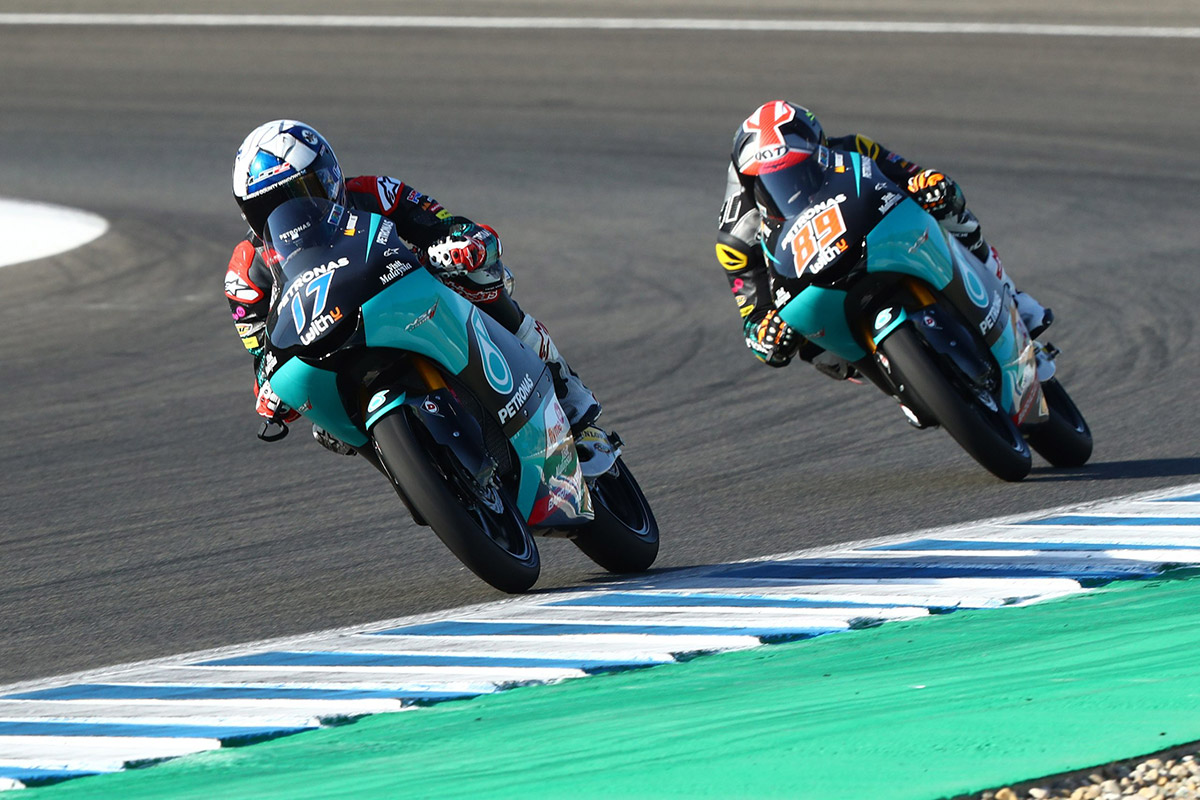 Despite showing the pace to be on the front row John McPhee had to settle for eighth in today’s Moto3 qualifying session, after another rider crashing in front of him caused him to abort his final flying lap.

The day started strong for McPhee, who was one of a handful of riders to lap under the all time lap record – set during the Spanish Grand Prix last weekend. His time in FP3 of 1min 45.346secs saw him finish the session second and commence to Q2 directly.

Despite experiencing track temperatures of over 50C at the 4.4km Jerez circuit, the Scot was a force to be reckoned with in qualifying. Unfortunately his final flying lap was disrupted by another rider crashing in front of him, which meant he had to abort the lap. His fastest time of 1min 46.061secs will see him start tomorrow’s race from eighth on the grid.

John will now prepare for tomorrow’s 22-lap race, which is due to commence at 11am local time, with the morning Moto3 Warm Up session beginning at 8.20am local time.

Today was actually a very positive day, we managed to improve the feeling on the bike a little bit again in FP3 and we were really strong. I felt fantastic on the bike in qualifying and it was handling really well. The biggest issue was the other riders because on the first exit with the new tyre I had somebody waiting on the middle of the line so I didn’t make the perfect lap. Then I had the same again on the exit of the last corner and finally someone crashed directly in front of me, which meant I had to abort the lap. My final lap time was nothing special but it’s enough to be in the third row. We can see that I had the overall pace to be on the front row today, but the race is tomorrow and I’m looking forward to it. Last weekend I had a bad start and ended up P10 in the first lap; if we make a good start tomorrow we could actually be ahead of where we were last race! I’m not worried about the race because I know we can fight for the top positions, but the first couple of laps will be very important.