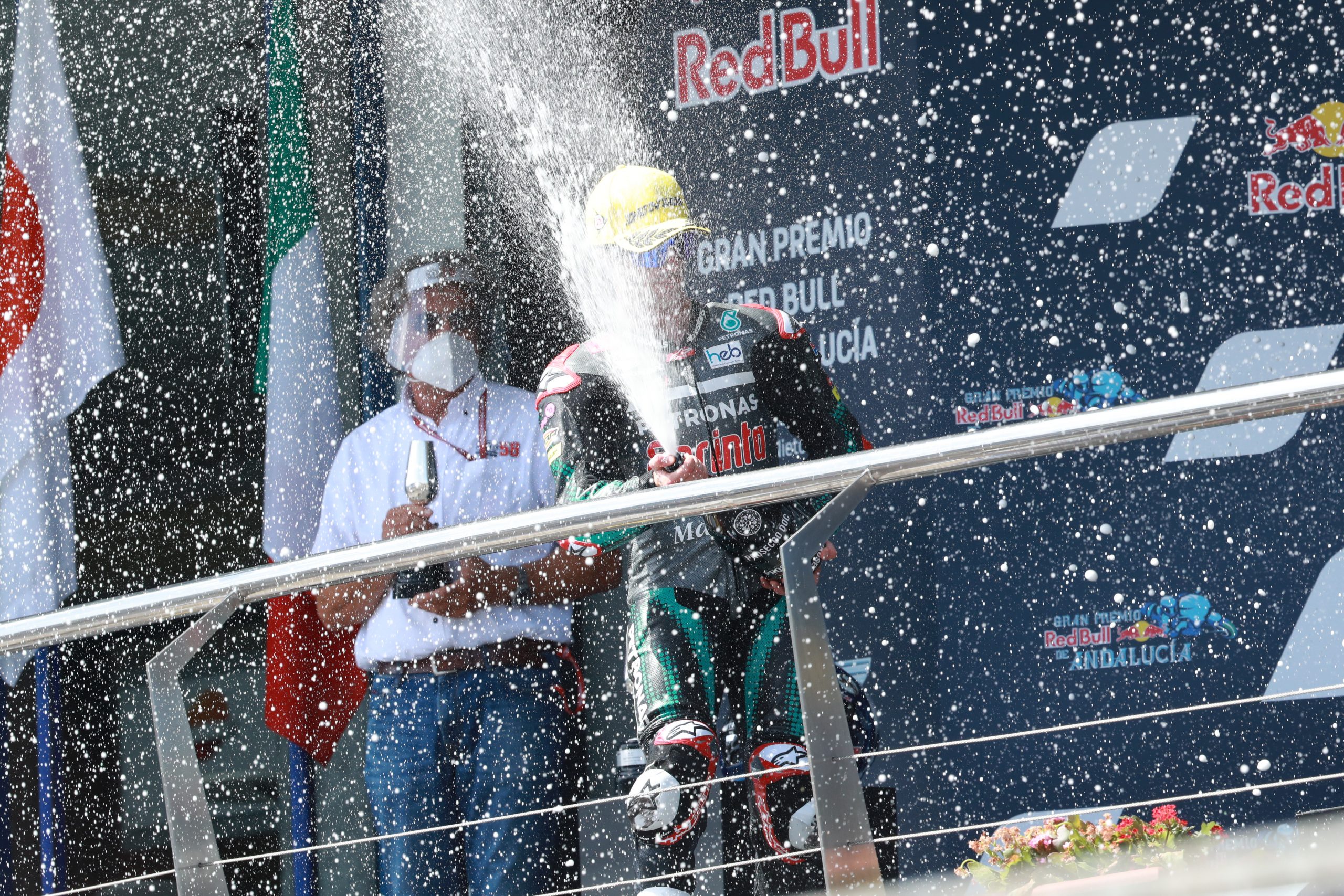 John McPhee today made up for the disappointment of last week with a podium finish at the Circuito de Jerez – Angel Nieto, after finishing the 22-lap race second. He also maintains third in the championship standings.

When the lights went out, John found himself losing out on a couple of places into the first corner. The Scot was quick to recover and started making progress through the field. Keeping within the leading group, pulling away from the rest of the field, the Scot enjoyed an intense battle with championship leader Albert Arenas, the pair trading places for the majority of the race.

After moving into podium contention, John stayed on the tail of Tatsuki Suzuki in the closing laps of the encounter. With the championship in mind, John made the decision not to lunge down the inside of Suzuki in the last corner and ended the race with a well-deserved second. John sits third in the championship standings, just ten points shy of the leader.

John will now be able to enjoy some time to relax, before the 2020 season continues next month at the Automotodrom Brno, Czech Republic (7-9 August).

After last weekend going into that last lap I had déjà vu, but the good thing about that was that I knew what to do. My instinct was to have a lunge but Suzuki went so defensive that I decided second was a fantastic result to come away with. I feel like we’re back in the game in the championship now and it was just a great race. My crew chief Mark [Woodage] and the rest of the guys in the team have done such a good job with the bike to get the base set-up working so well. This track for some reason is normally a difficult one for me, so this fills me with confidence and is a great feeling to have moving forwards. I had my first ever GP win at Brno so I’m really looking forward to heading there next.