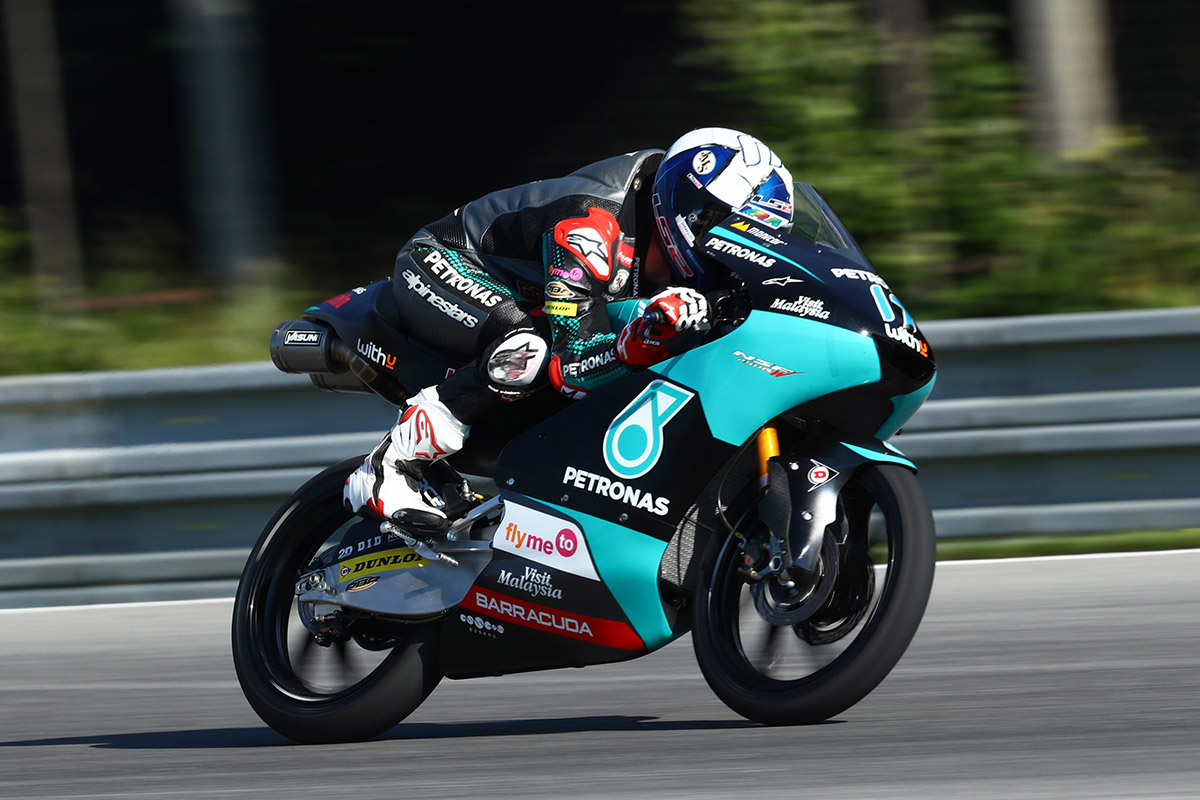 After a week without racing, John McPhee and teammate Khairul Idham Pawi enjoyed the cooler conditions of the Czech Republic, as they took part in today’s two Free Practice sessions round the 5.4km circuit, which saw John finish the day 9th.

Following the heat of the Jerez double, the PETRONAS Sprinta Racing pair saw an average track temperature just below 30C in the morning session at Brno. Using the 40 minutes to refine set-up at a different circuit and lay down some rubber on the green track, John and KIP both completed 13 laps. John’s fastest time of 2mins 9.566secs placed him 8th.

The afternoon saw the track become slightly too slick for the Moto3 riders to vastly improve their lap times from the morning, with track temperatures reaching 44C. John instantly set a series of fast laps, which saw him spend the majority of the session within the top three positions on the timing screens. At the end of the 40 minutes, the Scot’s fastest lap of 2mins 9.663secs placed him fourth. In the combined times, the morning’s laps saw John end the day 9th.

I’m feeling good. It’s been great to ride at a different track, especially Brno as I really enjoy it here. FP1 could have been a little bit better, I missed out on doing a fast lap because of the yellow flag, but I felt really good in FP2. I was strong enough to be in the top four riding completely alone. Overall at the moment we’re ninth, which means we have some work to do, but riding alone we were very strong and we know the slipstream is worth a lot here. If I can be consistently in the top five or six on my own, then come the race we know that we’re in a good position. In qualifying it’s very important to get a good lap together but also if you can benefit from a slipstream it helps a lot. I will be trying alone, but if we have the opportunity to get a slipstream then that would be even better.