Hard fought fifth for John at the #CzechGP 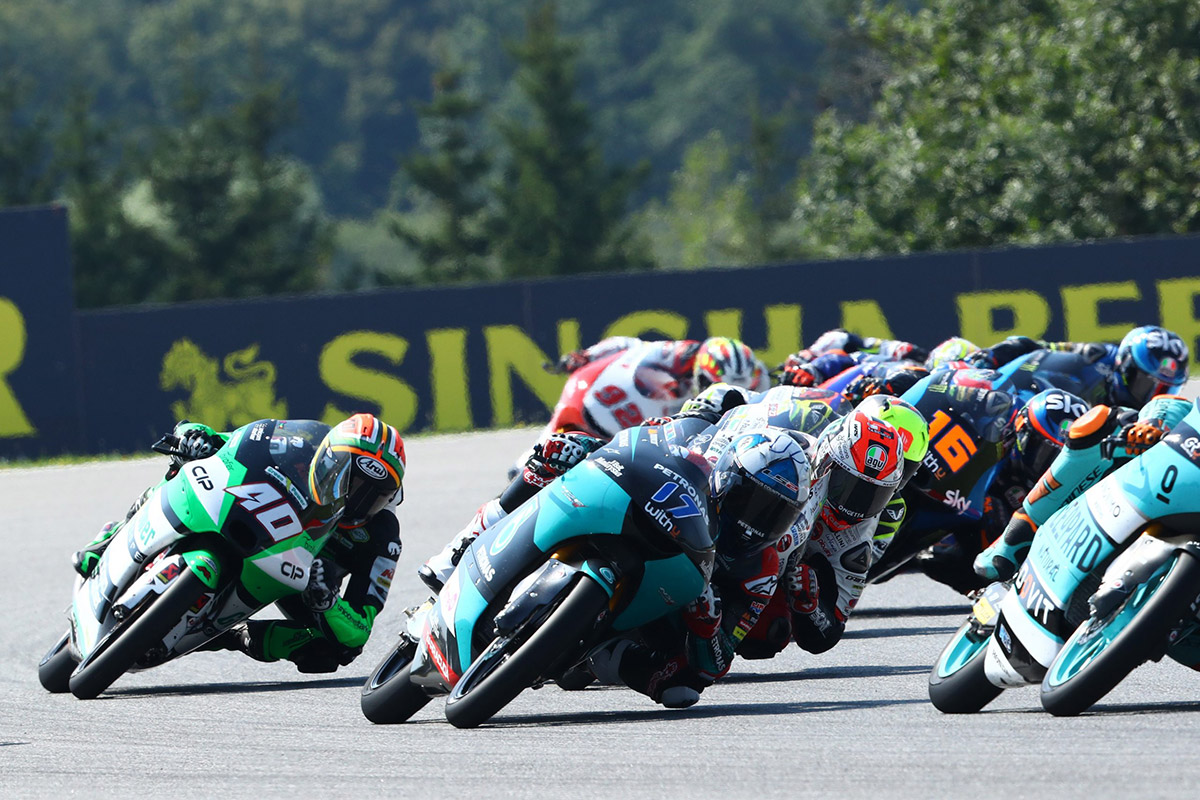 John McPhee and teammate Khairul Idham Pawi proved that they are made of tough stuff in today’s Moto3 race, with both riders able to put the two crashes experienced in yesterday’s qualifying behind them. An extremely strong ride from John saw him advance from 18th to fifth.

After crashing out of qualifying yesterday, the first task for John was to stay safe in the bunched pack during the opening corners of the 18-lap race. The Scot managed to avoid any incidents and also picked up a couple of places in that first lap for good measure. Making his way through the field, it only took John five laps to make it into the top-ten.

He continued to make strong progress throughout the remaining laps to start challenging for the podium in the final six laps. Unfortunately John had used the best of his tyres in progressing through the field, which lost him vital seconds in the closing laps, and took the chequered flag in fifth. He stays third in the riders’ championship.

The PETRONAS Sprinta Racing team will now head straight to the Red Bull Ring – Spielberg in Austria for the next race of the season, which will take place next weekend (14-16 August).

It was a tough race, but in the end I’m happy to come away with a handful of points because I was starting to lose grip in both the front and the rear with seven or eight laps to go. To come from where I was on the grid I had to use quite a lot of rear tyre to get the drive to gain time on the straights. For moving forward in the championship it was important just to take the points. To be able to finish fifth after starting 18th I’m really happy. A couple of championship contenders have finished in front of me, which isn’t ideal, but we’re still very close in the points standings and I’m looking forward to going to Austria.