Strong start for John at the Red Bull Ring 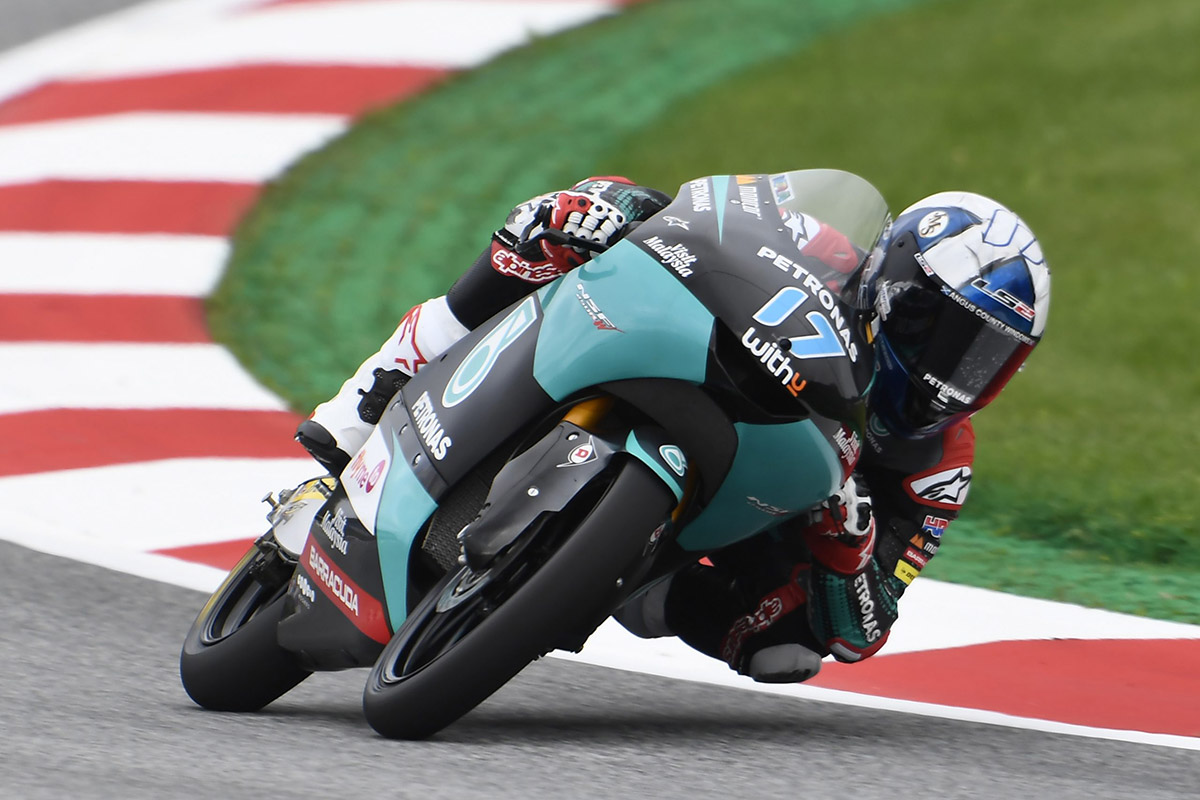 The opening day of the Grand Prix von Österreich saw the Moto3 riders enjoy a dry FP1 session, before the rain appeared in the closing stages of FP2. PETRONAS Sprinta Racing’s John McPhee had a very positive day finishing the second session on top and setting the second fastest time in the combined timings.

Due to the wet weather forecast over the weekend, the opening practice session of the Grand Prix von Österreich proved to be a busy one, with all riders trying to get the best lap time possible. Both McPhee and teammate KIP used the initial laps of the session to assess where any damp patches on track were and to double-check their set-up in the cooler conditions, before setting a series of flying laps in the closing minutes of FP1. John’s quickest time, from his 16 completed laps, of 1min 36.841secs saw him end the session second in the timings.

Continuing the team strategy from the morning, the Moto3 pair headed out together at the start of FP2 to enjoy the benefits that a slipstream gives you round the 4.3km circuit. John powered straight to the top the times with a 1min 37.060secs lap. As the session progressed localised rain started to fall over the second section of the track, causing all riders to return to the pits to wait it out. In the final few minutes most of the field headed out to see if any improvements could be made, but no one bested the Scot. John’s FP1 time saw him finish second in the day’s combined timesh.

It’s always nice to be back here at Spielberg, it’s a great track to ride and it’s been a good day for me today. We had a solid Friday, topping FP2, which in some ways is actually nicer than FP1. I did that lap on used tyres and still had a really good rhythm. We used a new tyre in FP1 and I was happy enough with the lap time, but there were definitely some areas that we can improve. We made a couple of small changes to the bike for FP2 and it was all going in the right direction. It’s a shame we didn’t get to do a proper time attack at the end but I’m happy with day one here and looking forward to tomorrow. The slipstream is important here so we’ve been working on that as a team today and it’s something we’ll be looking at again tomorrow.