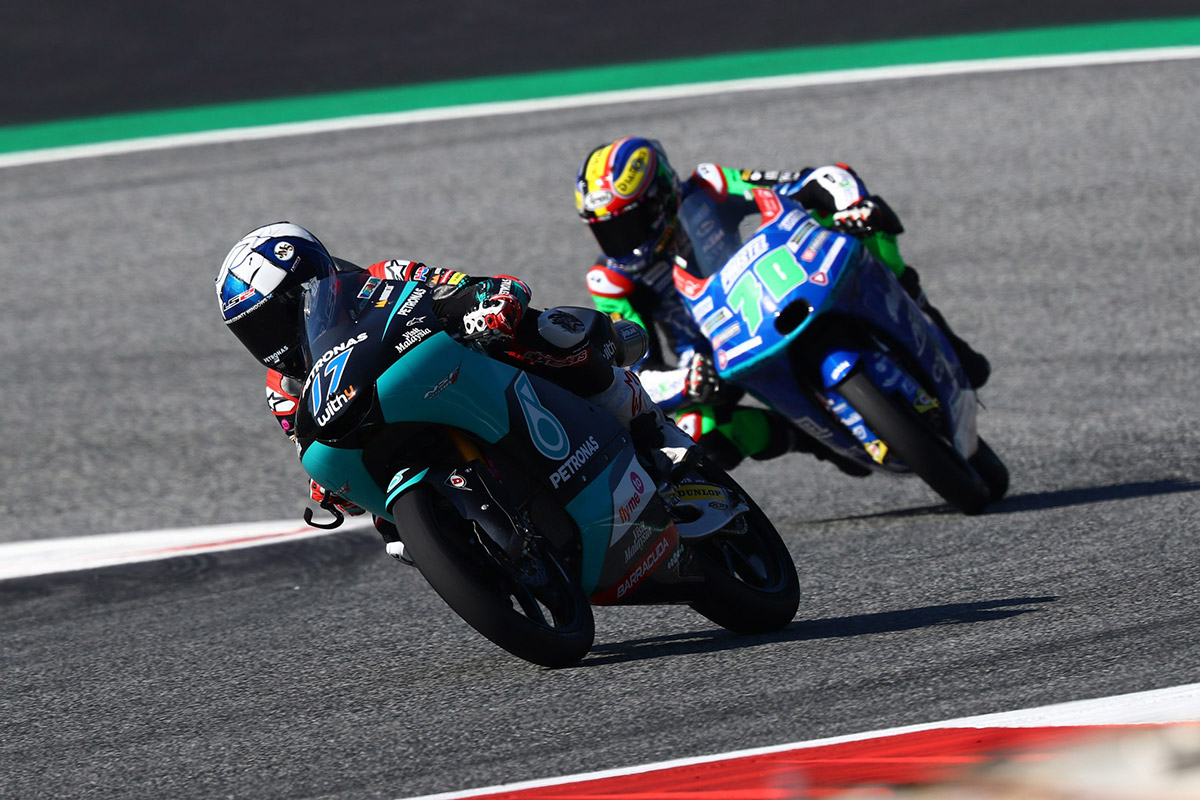 Tomorrow’s 23-lap Moto3 race will see John McPhee start from the second row of the grid for the Styrian Grand Prix, after the PETRONAS Sprinta Racing rider set the sixth fastest time in qualifying around the 4.3km Austrian circuit.

It was another close Moto3 Free Practice session, with the top 19 riders separated by less than one second. John headed out early in the session to get some laps on the board, but times didn’t start to improve on those set in yesterday’s session until halfway through. The Scot set a series of flying laps on his own, without using a tow from another rider, which saw him momentarily at the top of the timesheets. Most riders set their fastest lap on the final lap of the session, but John opted to pull into the pits as his 1min 36.200secs time was enough to see him through to Q2 in eighth place.

The start of the second Moto3 qualifying session was delayed while an oil spillage at the second half of the circuit was cleaned up, once the 15 minutes were underway it proved to be a slightly unusual session. John headed out after the opening five minutes of the session to assess the track conditions and set a series of initial lap times, one of only six riders to do so in the first ten minutes.

A frenetic final five minutes saw all riders out on track, where McPhee was able to post a 1min 36.812secs lap and secure himself a spot on the second row of the grid. The Scot finished the session with the sixth fastest time, just 0.342secs shy of pole.

McPhee and his Honda NSF250RW will be next on track tomorrow at 8.40am local time for Warm Up, with the Moto3 race due to get underway at 11am local time.

It was a strange qualifying session today as we had to spend the first few laps analysing how slippery it was. As a rider you want to roll through there with no issues but on the first lap I nearly lost the front! That put me off a little bit, and it took a few laps to feel comfortable. The front two rows are always the target as that gives us a good chance in the race. I’ve been feeling strong all weekend again so I’m really looking forward to the race tomorrow. I’m hoping for a fast paced race as last week I think there were a few of us who had the potential to open up a small gap to the main field. It’s Moto3 though so you can’t predict it! We could have another big group again. Either way we’re in a strong position and have the potential to do well.