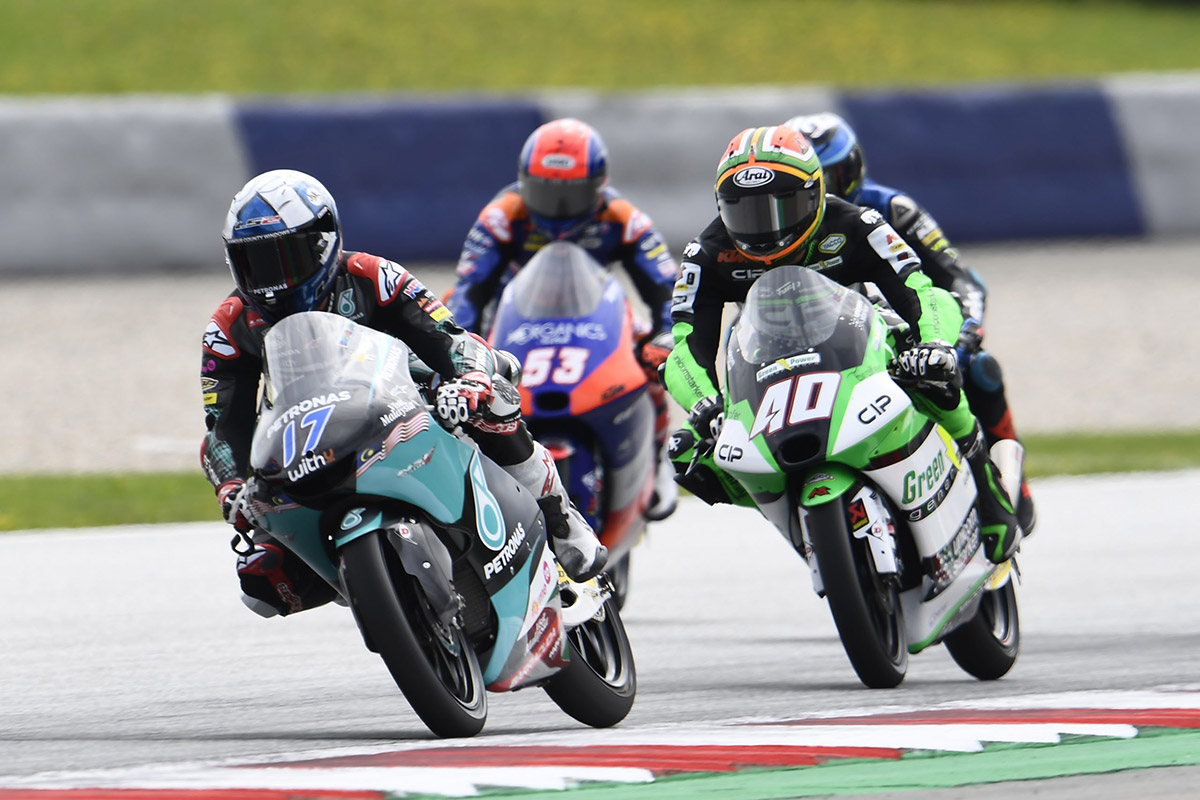 After being in podium contention for the majority of the 23-lap Moto3 race at Red Bull Ring – Spielberg, John McPhee’s hard work and impressive overtakes ultimately went unrewarded as the Scot crashed out on the penultimate lap at the Grand Prix of Styria.

It wasn’t the greatest of starts from McPhee, who found himself in ninth after the first few corners. By the end of the opening lap, the Scot had started to recover and make his way back through the pack. A small group of riders managed to open up a gap to the rest of the field, but John was able to make his way to the front of the chasing group and started to close the gap.

Once the leaders had been reeled in, McPhee enjoyed a near race long battle for the podium, which included a short stint leading the race and tense scenes with four riders abreast at times. Throughout the 23-lap encounter John made a series of impressive overtakes and showed confidence late on the brakes. An on track incident with five laps left to go curbed some of John’s momentum, but he battled hard to still be with the leading group with two laps to go. Unfortunately McPhee’s efforts weren’t rewarded as he crashed out at Turn 9 on the penultimate lap. John now sits third in the championship with 67 points.

There will now be two weekends with no racing as the paddock takes a break, before action resumes in Misano next month (11-13 September).

I’m absolutely gutted. It was my mistake. I was on the inside line and trying to be a bit defensive, which I’d been doing all race, and that corner has been slippery because of the dust left over from clearing the oil spillage. It seemed alright in the race but I lost the front there. I didn’t really have any warning, it went quite rapidly and there was nothing I could do about it. I just want to say a massive sorry to the team because they worked really hard, especially after Warm Up when they changed the engine, so it’s a shame not to be able to reward all their hard work with a good result. I feel like we’d made a step forward with engine performance today, as I was able to hold my own in the race. We’ll be back strong in Misano, to fight for the podium or even the win.