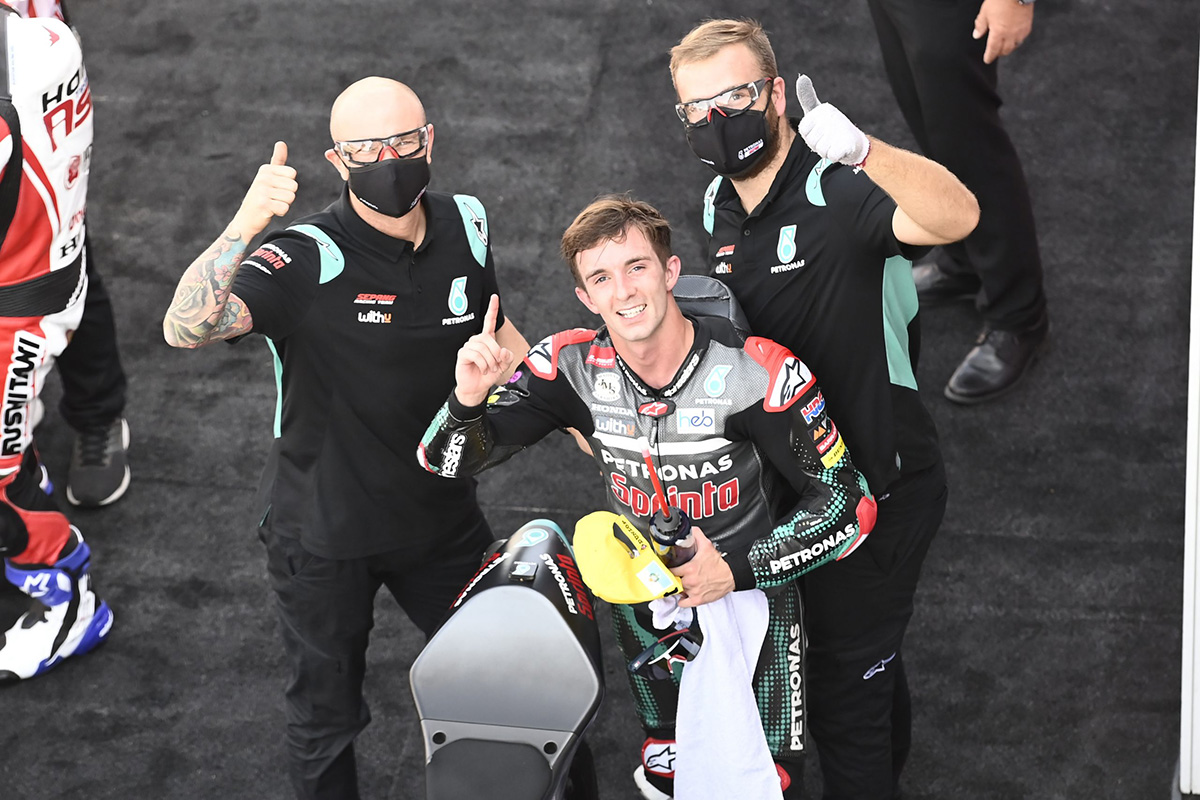 A tactical masterclass from John McPhee saw him claim Moto3 victory at the San Marino GP, after starting from 17th on the grid, to close in on the leader in the championship standings.

A good start saw John move into 11th on the first lap. Biding his time in the main field, the Scot started to move himself into podium contention in the closing stages of the race. After a brief stint in the lead with three laps to go, John ignored the battling bikes around him to take his first win since Le Mans last year. McPhee has now reduced his deficit in the championship standings to 14 points.

Round eight of the Moto3 championship will get underway for the PETRONAS Sprinta Racing Moto3 riders in only a few days’ time (18-20 September), which will also be held at Misano World Circuit Marco Simoncelli.

I’m over the moon! It’s a dream come true to be on the top step here after the last race and all the problems there. I tried to set all my times on my own on Friday and then I completely let the team down in qualifying, by having a crash right at the start. That race just couldn’t have gone any better for me though: it went perfectly to plan and I felt so strong. I knew it would be hard to make my way through, but on the first lap I was already up to P11 so I just tried to keep calm and creep my way forward. I found myself back in 14th so I just tried to mount a charge to see what happened. On that last lap I felt really strong, so I knew I could pass one or two guys in the last few corners if I needed. I just want to say a massive thank you to the team; I couldn’t have done it without them. It’s still early days in the championship, it’s good to close the gap but let’s see what happens next weekend.