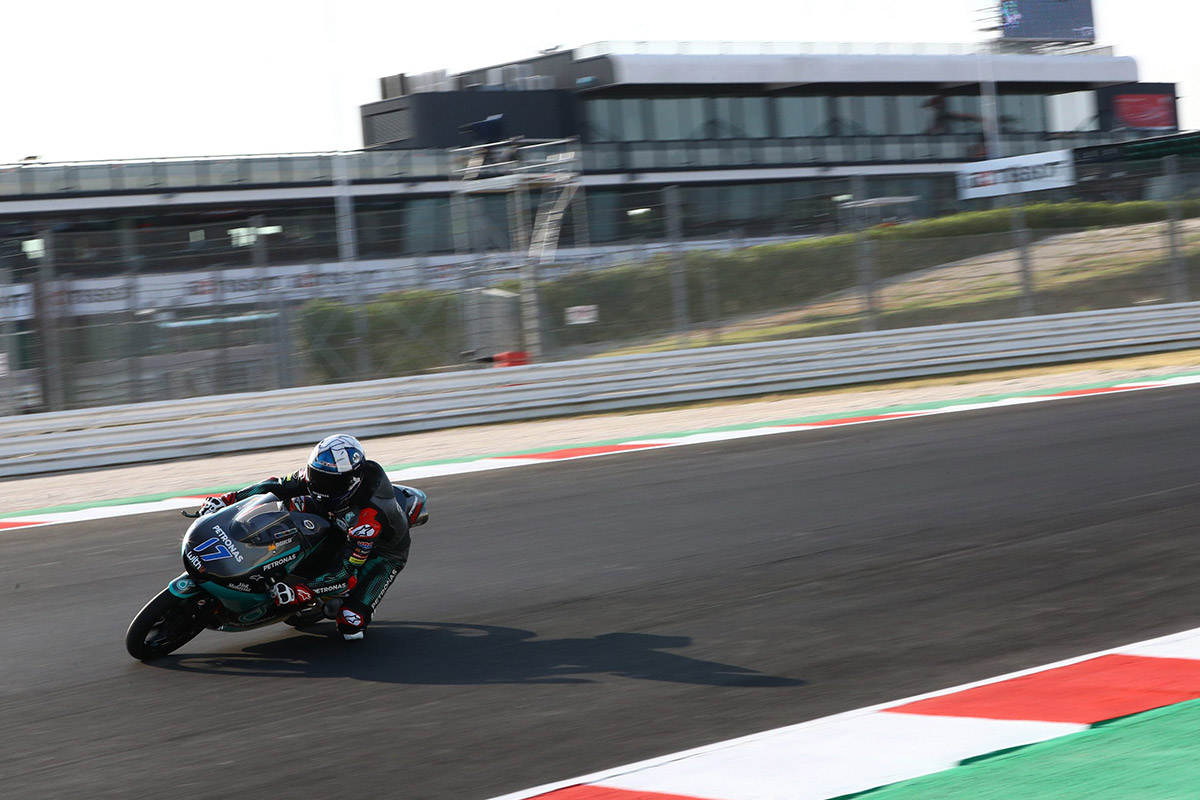 It was a frustrating day for PETRONAS Sprinta Racing’s Moto3 riders, with John McPhee and teammate Khairul Idham Pawi unable to progress to Q2. The British rider will line up on the grid 20th.

John was unfortunate to have an issue with the rear of his bike and was knocked out of the Q2 spots at the end of FP3, as his best time of 1min 42.041secs placed him 14th in the session but 15th overall. Despite setting a strong time alone on track in Q1, 1min 42.704secs, a pack of Moto3 riders were able to use the slipstream to deny him a space in Q2 for the first time this season. John will start tomorrow’s race from 20th.

It’s been a frustrating qualifying session today. In FP3 we had a problem with the rear of the bike, which meant I couldn’t take advantage of the fresh tyre. We managed to improve the race pace compared to last week though, but with the added headwind down the back straight it’s really important to use the slipstream. Although my rhythm feels quite good alone and I feel quite strong for most of the lap, with so many riders waiting around it was difficult to find a good position. I decided to go alone, as I didn’t want to risk a penalty, but my pace wasn’t enough. We’ve given ourselves a hard job to do tomorrow but the positive is all weekend we’ve been strong with the used tyre. I’m going to try and make my way forward like I did last week and see what happens.