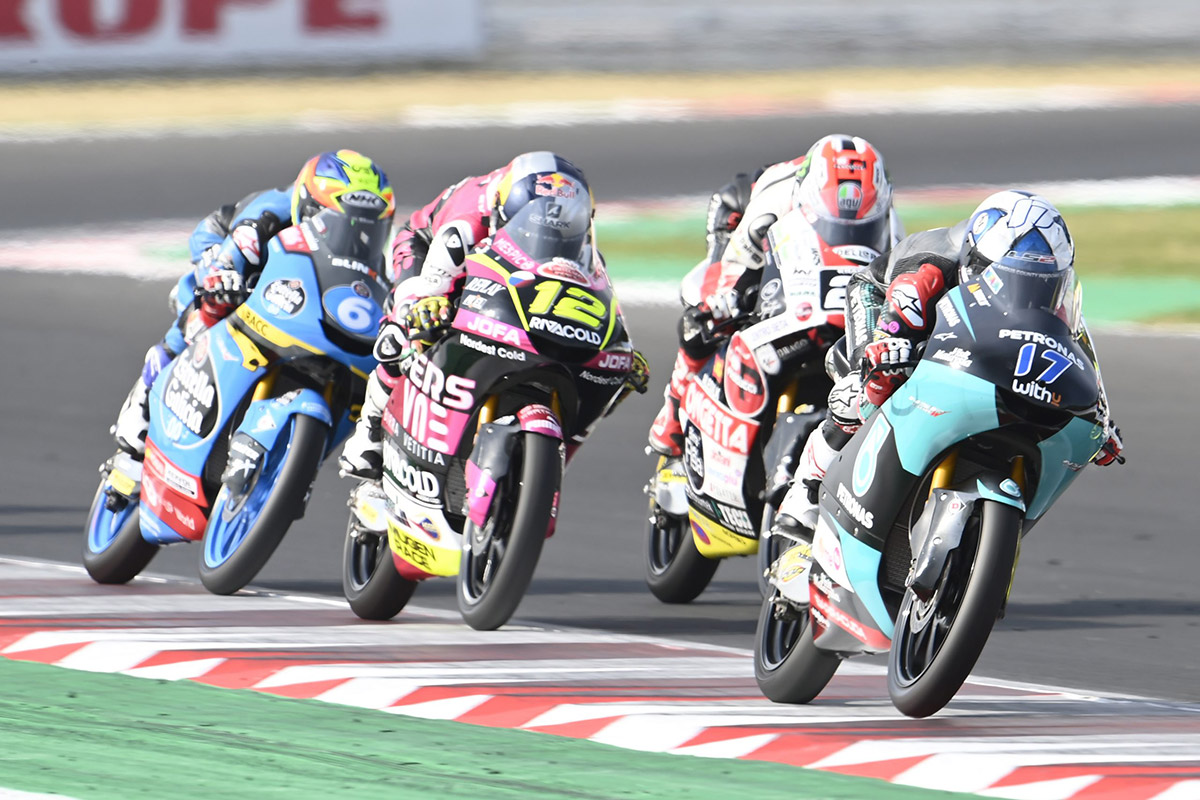 The Emilia Romagna GP proved to be a difficult taskmaster for PETRONAS Sprinta Racing’s John McPhee and teammate Khairul Idham Pawi, with the Moto3 combo taking tenth and 24th respectively. Tenth for McPhee means the race winner last time out maintains third in the championship standings.

Both riders gained a position before the race started due to an injury-induced withdrawal from a rival rider but both riders had to work hard for subsequent progress. Nevertheless, John was able to join the leading pack with ten laps to go. Being forced wide with two laps to go denied the Scot from challenging for the podium and he finally crossed the line tenth, maintaining his third place in the championship standings.

McPhee and KIP will now head straight into the ninth round of the Moto3 championship: the Gran Premi de Catalunya (25-27 September).

Of course you need to look at the positives from this weekend, which is that we managed to climb from P19 forward to, at one moment, P7. Honestly it was a tough race, coming from P19 was never going to be easy and it was made harder with the race speeds being so much faster than last week. Everybody managed to find nearly one second per lap. It was much more difficult to make my way forward but I felt good on the bike. When I got to around P7 or P8 there were a couple of riders who upset the rhythm, and I was unlucky to get ran wide because we had a chance at the top five today. We’re still third in the championship, not so far from the leader, and there’s still a good amount of races to go.