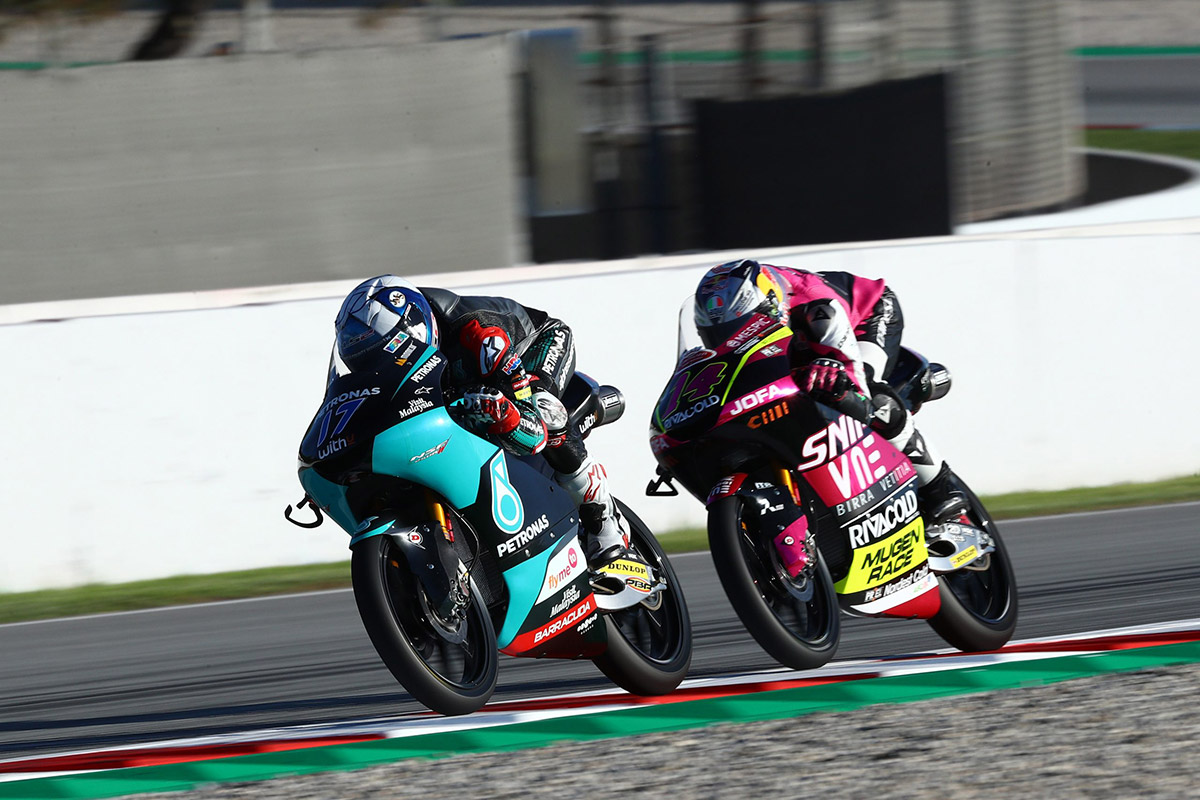 John immediately showed his strength in the opening practice session, consistently lapping at the sharp end throughout. At the end of FP1, the fastest of the Scot’s laps was a 1min 49.460secs and placed him fifth. A Turn 10 crash in FP2, didn’t hamper John too much. However, yellow flags interfered on his final lap, which prevented him from improving on 10th – 1min 50.151secs – giving John sixth overall.

McPhee and KIP will be back out on track tomorrow morning at 9am local time for Free Practice 3, before qualifying gets underway at 12.35pm local time.

It’s been a positive first day. In the first session I was P5 and I did quite a lot of the laps alone, with a very good rhythm. There’s a very strong headwind here, so that’s having a big effect on overall speed and position. I’m feeling comfortable on the bike. We did have a small crash in FP2, but the guys have done a great job in getting the bike repaired and me back out on track as soon as possible. At the end of the session with the new tyre I was really happy with my speed, as in the first two sectors I recorded my fastest splits of the day. Unfortunately a yellow flag was out so I had to abort the lap. We didn’t get to show our true potential but overall the feeling is very good and I’m happy with our speed. We need to see what happens with the wind tomorrow. If it drops then I believe that we can go alone in the QP, but let’s see what it is like in the morning.