Barcelona battle comes to an early end for John McPhee 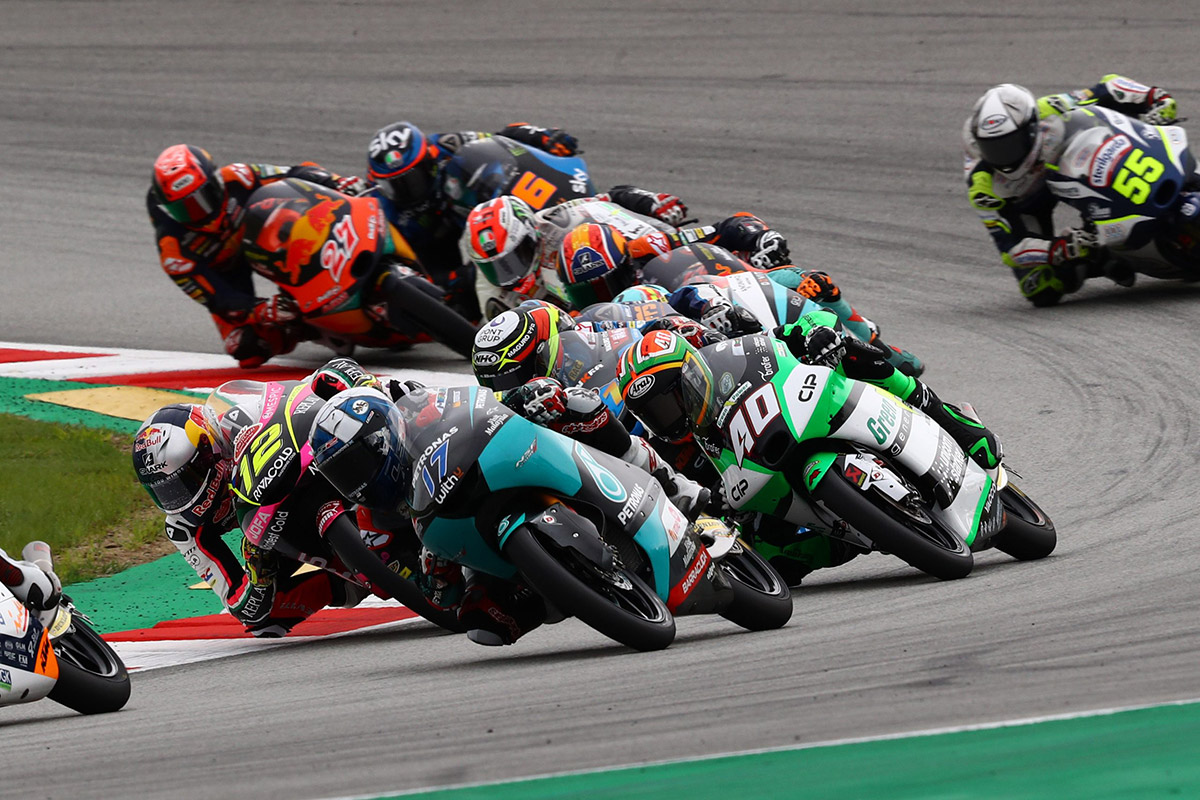 Despite a strong start and battling at the sharp end, John McPhee’s Catalan GP came to an early end after a Turn 4 crash on lap five.

A strong start from John saw him move up into ninth on the first lap. Setting fastest laps early on, the Scot soon moved up into the top three and was fighting at the sharp end during the opening laps. Unfortunately John’s race came to an early end at Turn 4 on lap five, after he lost the front end braking to avoid another rider. However, he maintains his third place in the championship standings.

John will now be able to enjoy a week’s break, before the next triple-header kicks off with the Grand Prix de France at Le Mans (9-11 October).

It’s a real shame to finish the race like this. I felt so strong on the first part of the race and was immediately able to make my way to the front. I apologise to my crew for the crash. It’s a shame, but it was a racing incident. I felt like I had already passed Arenas cleanly, but then he released the brake and tried to close the gap on me. I had to squeeze the brake as I had nowhere to go and I lost the front. I also want to apologise to Albert, for being collected in my crash. This is racing, it happens, and now we focus on Le Mans.