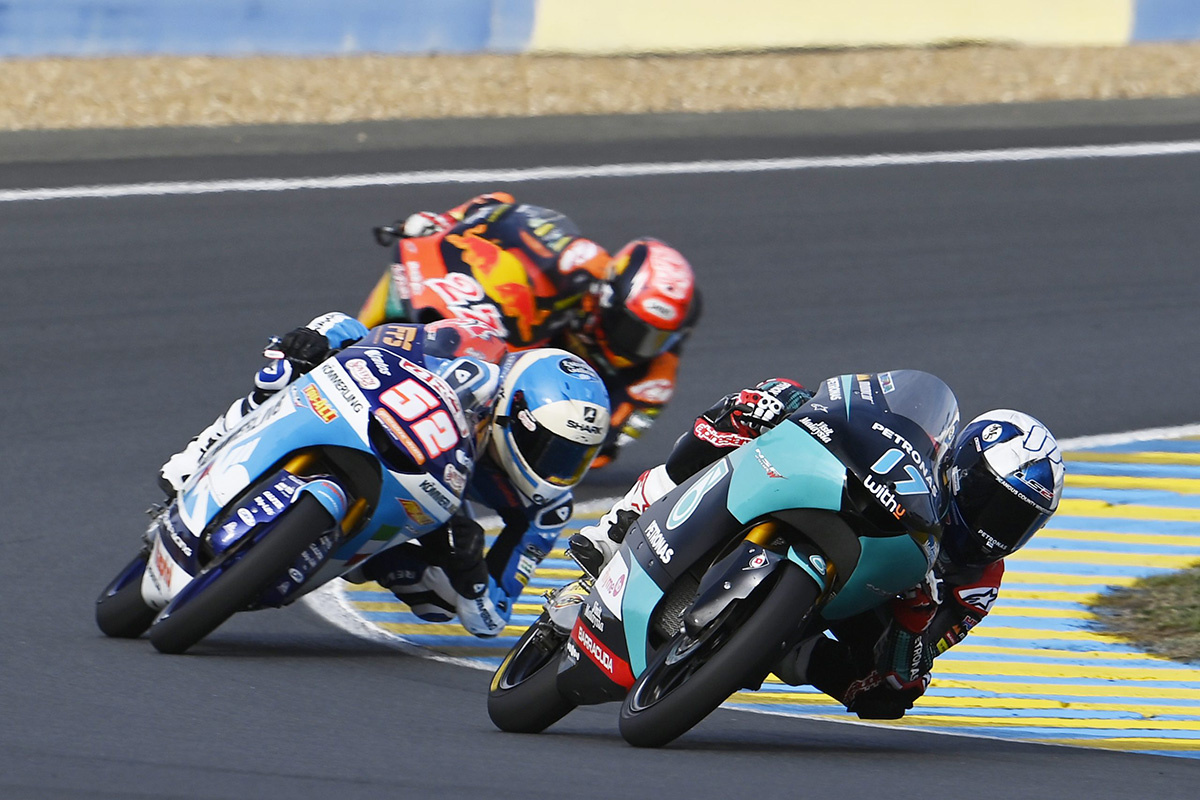 After battling hard to stay within the leading group during the Moto3 race at Le Mans, PETRONAS Sprinta Racing’s John McPhee was prevented from potentially fighting for a French GP podium after getting caught up in another rider’s crash.

John didn’t have the best of starts, finding himself in eleventh at the end of the opening lap. Biding his time until the tyres were warm, the Scot stayed within the leading pack and was tenth at the halfway point.

Picking up the pace in the closing laps, John was looking to move himself into the podium fight. Unfortunately, on lap 19 he was caught up in another rider’s Turn 10 crash. With nowhere to go, McPhee’s race came to an early end, and dropped him to fifth in the championship.

John and teammate KIP will now head straight to MotorLand Aragón for the second event in this October triple-header: the Gran Premio de Aragón (16-18 October).

Today has been a tough day for me and it wasn’t the outcome we were looking for. We’ve shown good speed and had good rhythm all weekend, which I struggled to show in the race. It wasn’t a very good start from me, but I was confident that I could make my way forward again. However, I realised early on that we were missing some straight-line speed, I don’t know why, and it made trying to pass the other riders very difficult. I knew the areas where I could be strong, so I wanted to wait for the last laps to attack because I didn’t have the speed to overtake riders one-by-one. Unfortunately a rider crashed in front of me and I was caught up in it. We’ve dropped some positions in the championship, but we’re fast every weekend so we’ll look for a better result in Aragón.