Fourth row start for John McPhee in the #AragonGP 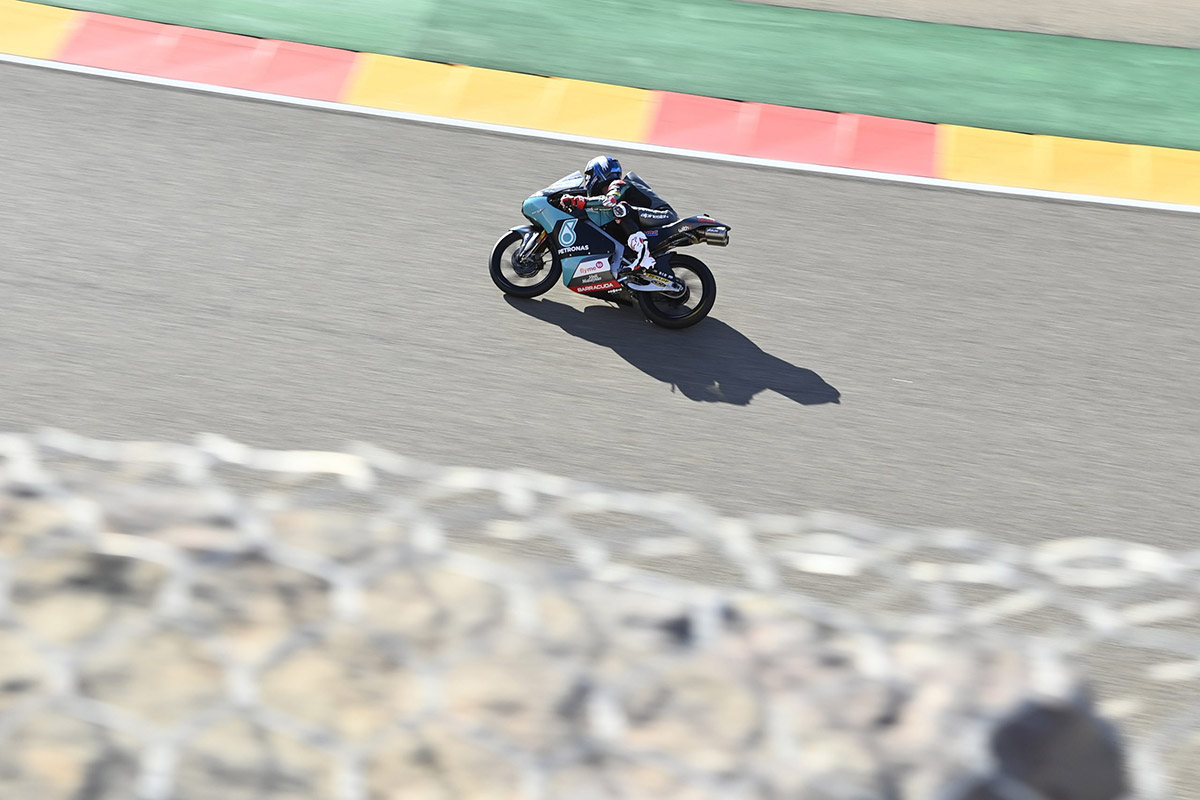 Although track temperatures were slightly warmer at MotorLand Aragón, with the day’s action delayed by one hour, PETRONAS Sprinta Racing’s Moto3 riders experienced a difficult day. Unable to set a final flying lap, due to traffic, John McPhee will start the Aragon GP tenth.

John had a tough FP3, with the cold track temperatures, and finished the session 18th with a 2mins 0.284 secs lap, after his final flying lap was deleted due to a yellow flag infringement. After progressing to Q2 with a 1min 59.074secs lap set in Q1, the Scot started the session with a banker lap of 1min 58.550secs. However, traffic prevented him from improving this and John will start tomorrow’s race tenth.

Sunday’s action will start slightly later than usual, with the Moto3 Warm Up session at 10am local time and 19-lap race at 12pm local time.

It was a chaotic qualifying, but tenth is okay for tomorrow’s race. I made one good lap at the beginning, as a banker lap, but then every lap I did at the end of the session was interrupted by other riders. It was difficult to get a clean lap, but thankfully the start of the fourth row isn’t so bad around this track. We know we can work from there and we’re ready for tomorrow. I think there are two or three guys who have a really good pace, but at Aragón even if you have a good pace someone following can benefit more. I think it will be a big group for the majority of the race, with maybe a small breakaway in the final laps. Hopefully, we can be in that breakaway.