Incredible ride to fifth for McPhee at MotorLand Aragón 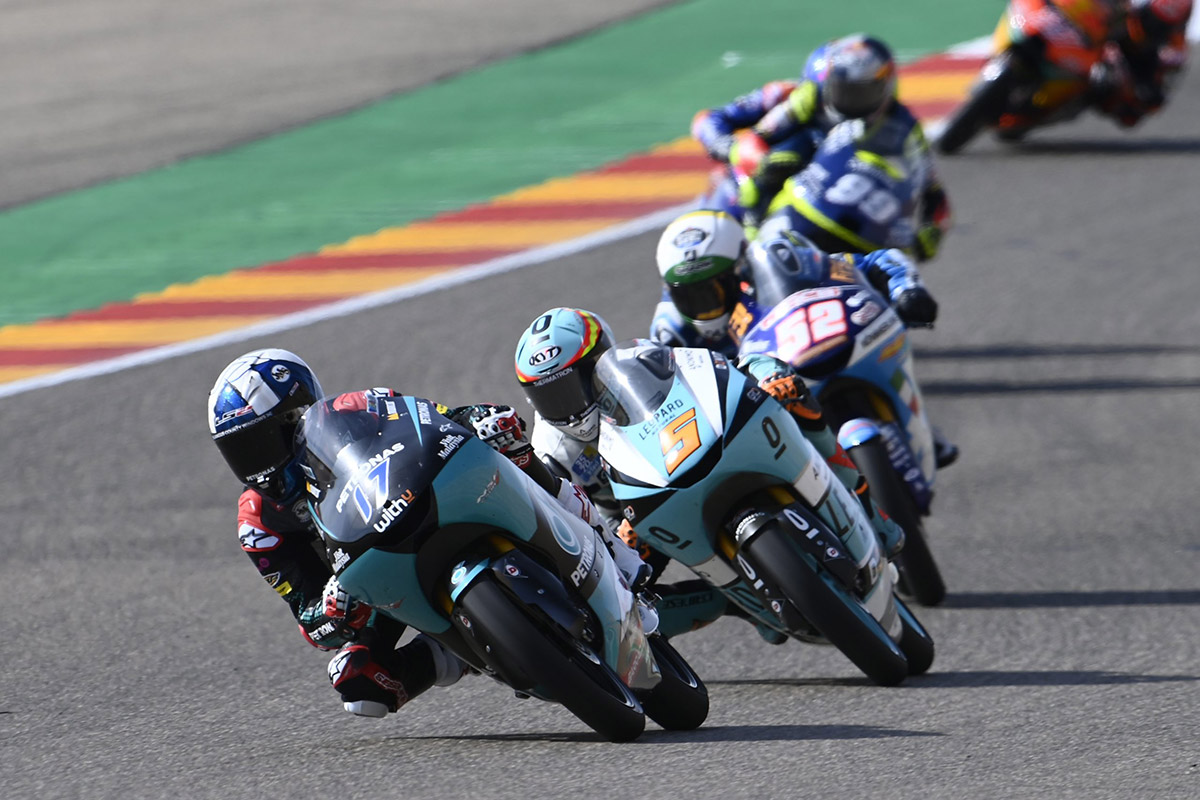 Despite having to take a long lap penalty, handed out after qualifying, PETRONAS Sprinta Racing’s John McPhee put in a sensational ride to finish the Aragon GP fifth.

John made a steady start to the Moto3 race, but soon put the hammer down and was the fastest man on circuit. The Scot took his long lap penalty on lap three, which saw him fall from eighth to 17th. Fighting back through the field to join the leading group, John was in the podium battle until two laps to go when he ran wide at Turn 1. Unfortunately he wasn’t able to re-join the fight for the top-three and finished fifth. John finished in front of his rivals for the championship and maintains fifth in the overall standings.

McPhee and KIP will only have days to wait before they are back out on track at MotorLand Aragón for the Gran Premio de Teruel (23-25 October), the final event in the October triple-header.

It was a tough fight today, especially with the long lap penalty as I dropped to 17th. I then just tried to make my way forward, which was tough. Originally I thought about tyre management but after the long lap I just pushed as hard as I could every lap. I was really happy with my rhythm and I was able to catch the front group with ease. Once I got there I struggled a little to have that edge to be in the fight. Then on the second to last lap I lost the group but I’m really happy to be P5 today. It’s some good points on the board and it shows that we’ve got a good rhythm. I’m just looking forward to the race next week now.