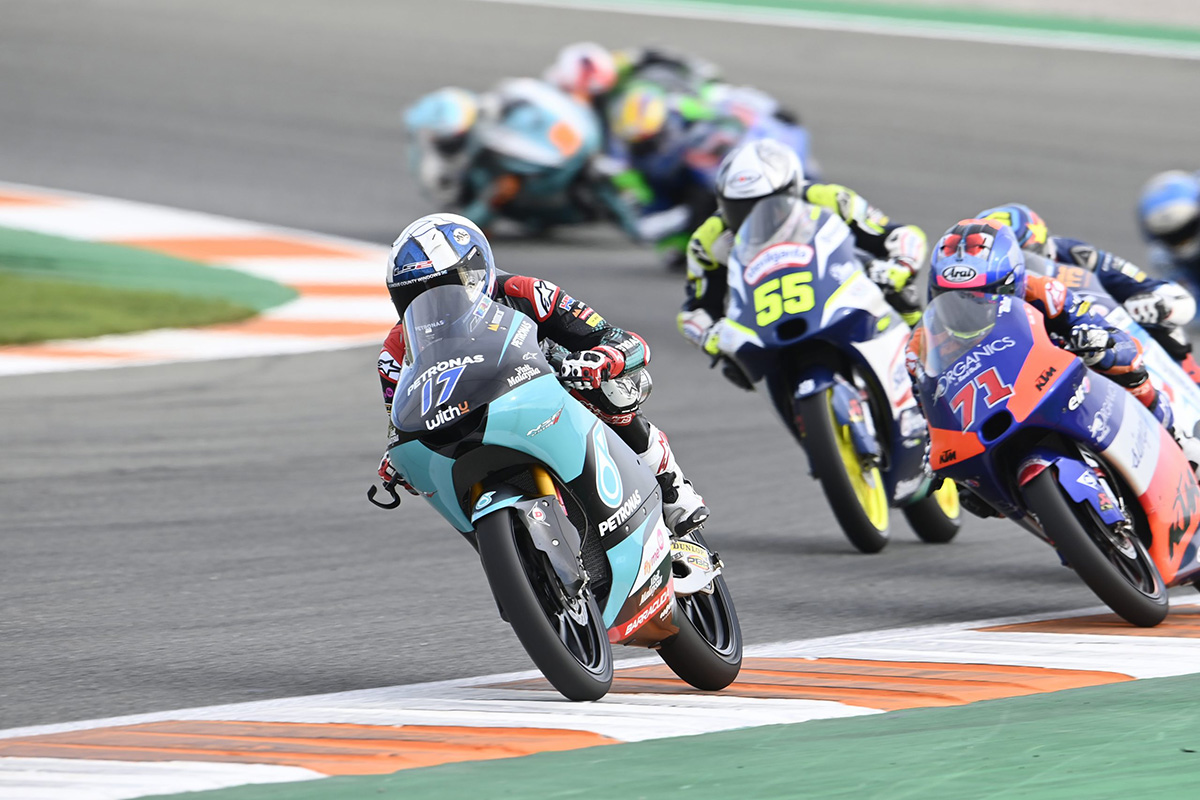 PETRONAS Sprinta Racing’s John McPhee was unable to capitalise on his pole position at Circuit Ricardo Tormo, after crashing out of the Gran Premio de Europa on lap 5.

Although John initially had good drive off the line at the start, he found himself in the clutches of the pack heading out of the first corner, dropping to ninth on the opening lap. Sitting inside the top-ten throughout the opening laps, the Scot made sure to keep within the main field. Unfortunately, John’s race came to an early end on lap five, crashing out on a damp patch at Turn 1. McPhee maintains sixth position in the riders’ standings ahead of next weekend’s Valencia GP.

There will be no rest for John and KIP as the Gran Premio de la Comunitat Valenciana, also held at Circuit Ricardo Tormo, will get underway in just a few days’ time (13-15 November).

I’m gutted to have finished the race early, after starting from pole position. I didn’t make the best of starts, but into Turn 1 was more or less okay. However, I didn’t feel that good on the first lap. I was trying to attack but felt something strange. It took me too long to find my rhythm in the first few laps and I dropped too many places. Then when I started to attack again I caught a wet patch in Turn 1 and crashed. It’s really unfortunate because we missed out on a good opportunity to close the gap in the championship. We will regroup though and focus on the next two races.