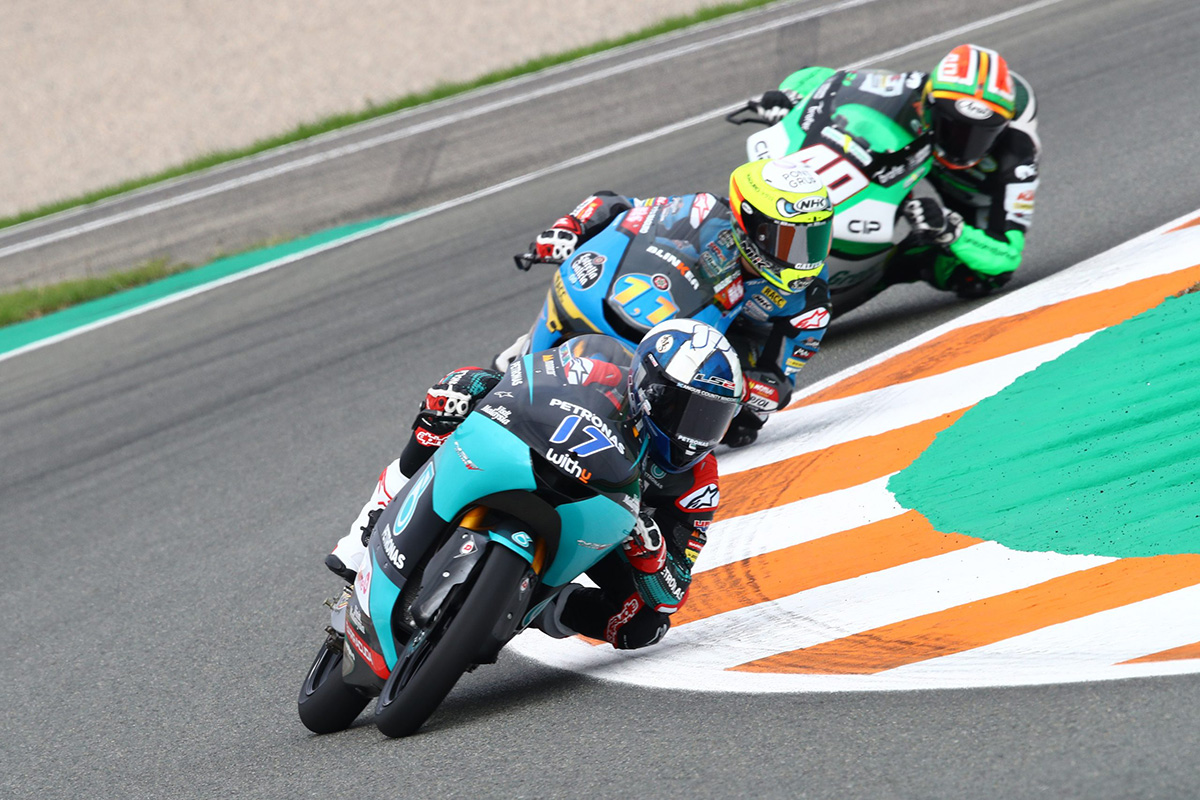 With dry conditions FP1 proved to be a fast session, which did see John break into the top three, but with riders separated by just hundredths of a second, his fastest lap of 1min 39.156secs put him 17th at the end of the session. FP2 also saw riders separated by the finest of margins, once the flying laps were completed at the end of the session. John’s 1min 39.083secs lap, which was only 0.604secs shy of the fastest rider, placed him 21st in FP2 and overall.

Tomorrow’s Moto3 FP3 session will kick off at 10am local time with the first of the two qualifying sessions due to start at 1.15pm local time.

We tried a couple of new things with the bike and managed to find something that’s working fairly well, but it meant that we had quite a few laps where we were testing things and made it difficult to be consistently fast. I’m quite happy with my lap times though because I was alone on track – no slipstream – when I did them and I set my fastest time around Valencia. It’s not enough to be at the front, it’s very close though, and I think if I can just find one or two tenths we’ll be in good shape. I’ve found a really good rhythm and we can see that we have done some good work towards the race. We need to have a big push in FP3 to try and go directly to Q2, hopefully we can work together with KIP as a team to find those extra tenths in a slipstream. Then we’ll see what happens in qualifying.