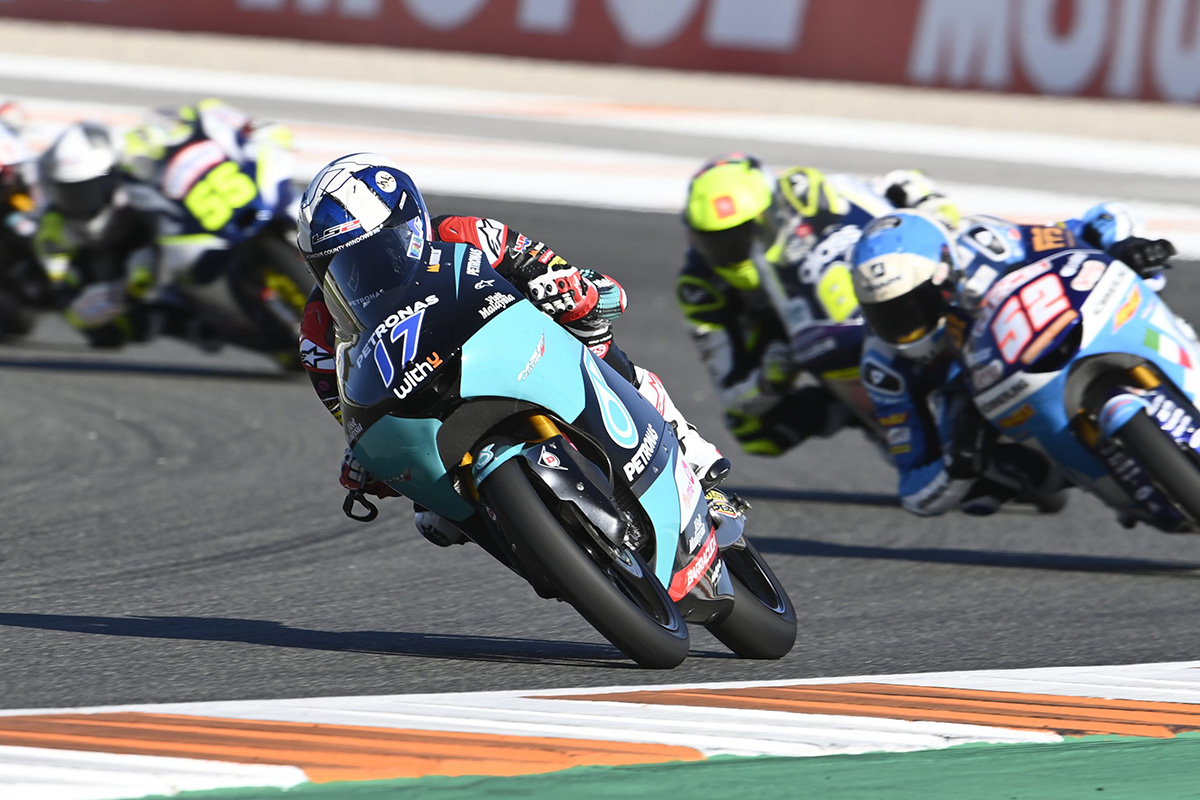 PETRONAS Sprinta Racing’s John McPhee battled hard under the Spanish sun at Circuit Ricardo Tormo to cross the finish line just outside of the top-ten in 11th.

John made a steady start from 16th on the grid and claimed one position going into the first corners of the race, before another rider forced him to lose places. After a brief mid-field battle, the Scot moved into the top-ten on lap eight. Unfortunately the fight for position allowed the riders in front to create a gap, which John was unable to reduce. At the chequered flag, John crossed the line 11th.

McPhee and teammate KIP will now head straight to Portugal for the final round of the 2020 Moto3 season: the Grande Prémio de Portugal at the Algarve International Circuit (20-22 November).

Starting from P16 was always going to be difficult, but my start wasn’t bad. I made my way to the back of the front group but another rider hit me on the straight and I nearly crashed. I lost several positions and ended up at the back of the second group. I had to fight my way back to the front. My pace was faster than those around me, but it was really hard to defend on the start-finish straight. Lap-by-lap we were catching them but the gap was just too big to close. It’s disappointing because my race pace was okay; we were just too far back. Not the best weekend but I am looking forward to a completely different circuit with Portimão next weekend.