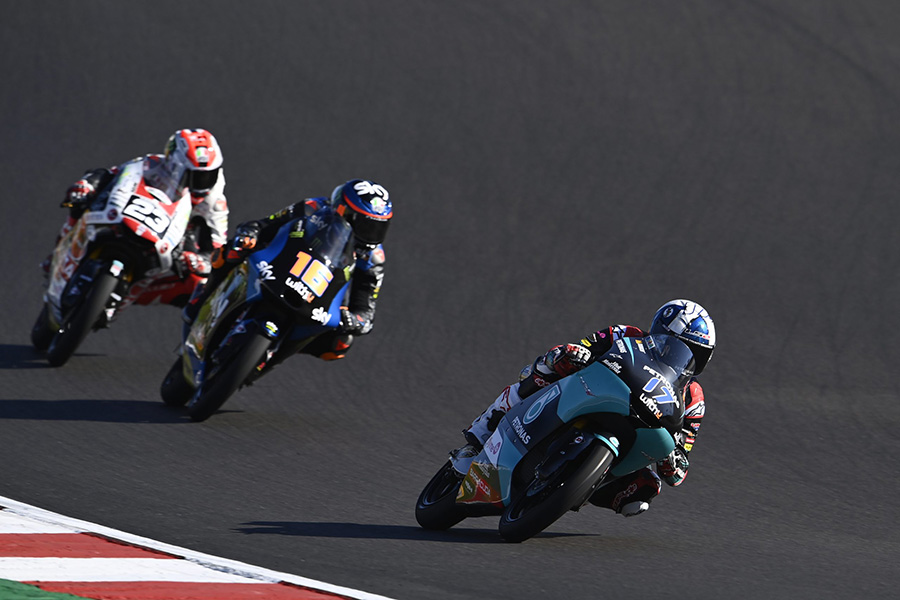 An intense battle in the closing laps of the Grande Prémio de Portugal ended with John McPhee taking ninth at the final Moto3 race of 2020.

John, who started the Portuguese GP 19th, lost one place heading into the first corner of the race, but was able to move up into 13th in the opening six laps. After moving inside the top-ten on lap nine, the Scot battled hard with those around him to retain his position after slipping backwards momentarily. An intense battle in the final laps ended with McPhee crossing the finish line ninth. John ends the 2020 season 7th in the championship with 131 points.

The PETRONAS Sprinta Racing squad will now be able to enjoy a period of rest, before preparations start for the 2021 season.

It was a really exciting race! To fight from 19th to P9 was hard work but I enjoyed my last race of 2020. I would have liked a slightly better finish in the final race of the year. Overall though we’ve had some massive highs this season, and a couple of lows, but we’ve been fast at every race track. I want to say a massive thank you to all the crew because they’ve done a great job all year. We know we have a couple of areas to work on but now we’ll enjoy our time off, spend time with family and friends, before resetting to come back even stronger next year.
Also it’s been really good to have KIP as a team-mate this year, as he’s such a nice guy. It’s a shame not to continue with him next year but I wish him all the best for the future. Thanks for everything this year KIP!