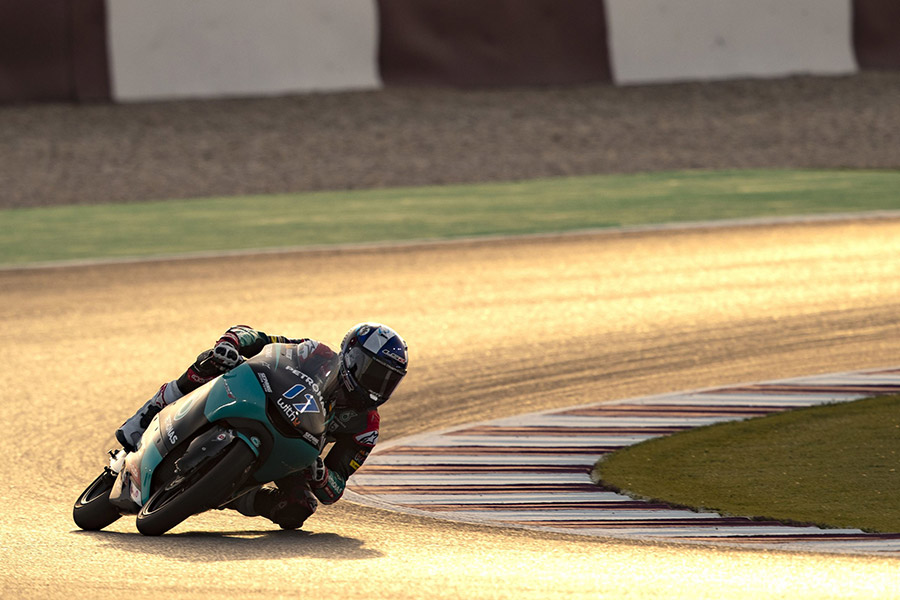 PETRONAS Sprinta Racing’s John McPhee and Darryn Binder made the best of the windy conditions at Losail International Circuit during the three-day Moto3 pre-season test, claiming fastest laps on Day 1 and Day 2. McPhee ended the Qatar Test sixth in both today’s results and in the combined times, with Binder tenth.

After a longer than normal winter break, John showed good speed and rhythm throughout the three-days of the Qatar Test, and helped his new teammate get to grips with the intricacies of the Honda. After ending Day 1 in second, the Scot followed this up with first on Day 2 and posted his best ever lap time around Losail on Day 3. John racked up 91 laps and ended the test having posted the sixth best lap in the combined times – 2mins 4.887secs.

It will only be a few days before John and teammate and Darryn are back on track at Losail International Circuit, for the first round of the 2021 season: the Grand Prix of Qatar (26-28 March).

We continued to work our way through our test plan today, focusing on two key things to try and understand what’s working on different areas of the track. I think we’ve got a good understanding of where we’re at with the setting. I was happy with my lap time because it’s my fastest lap ever at Qatar and I even came across someone riding slow on their outlap, so there’s potential to go even faster. I’m really happy with our race pace as well. Overall it’s been very productive and we’ve tried a lot of different things. We’ve found a lot of things that work and also found some areas where if we’re struggling we know how to improve it.