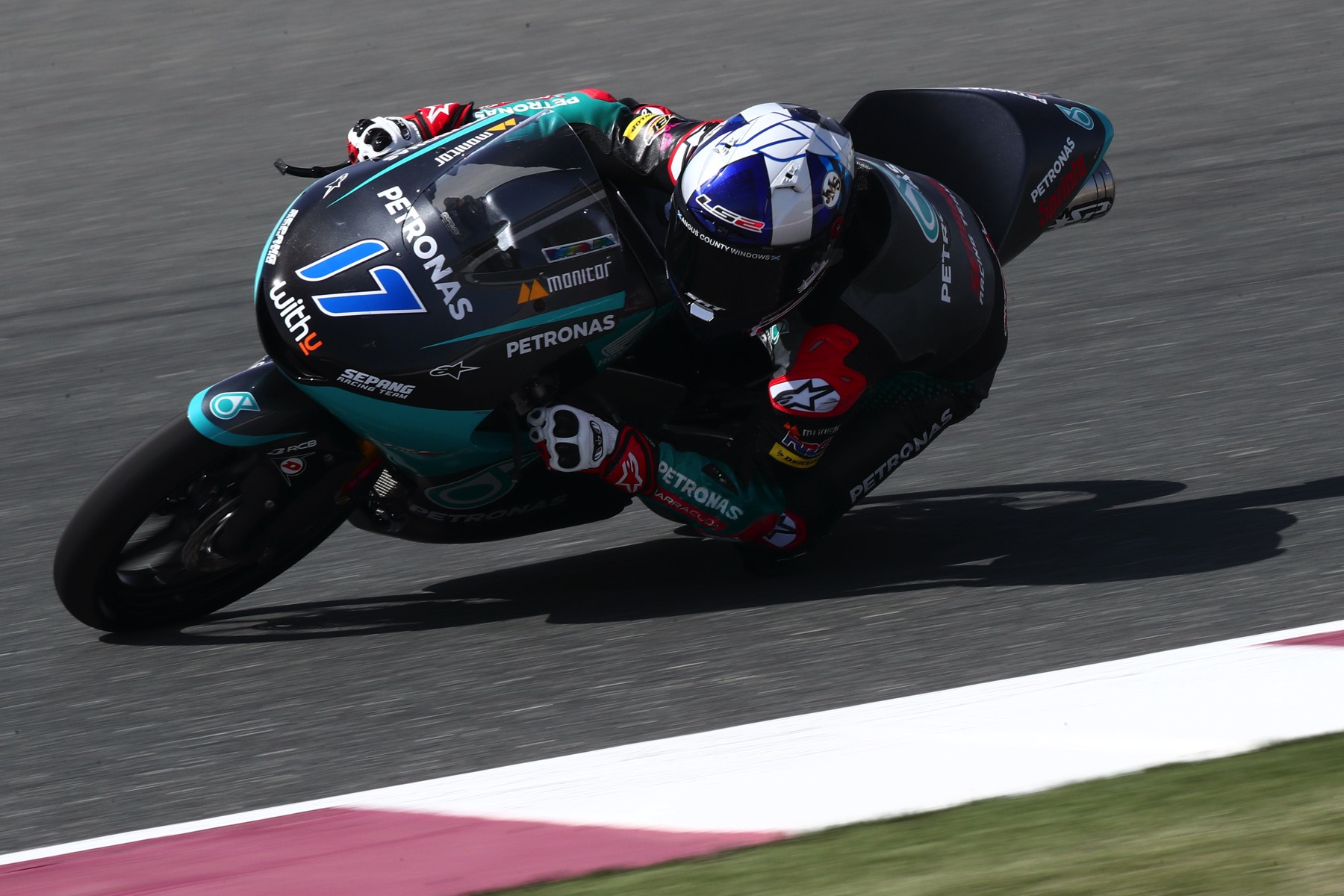 There will be no rest for PETRONAS Sprinta Racing’s John McPhee – and new teammate Darryn Binder, who finished their pre-season test two days ago, as they go straight into the Grand Prix of Qatar at Losail International Circuit this weekend.

John comes into the first event of the season having had a productive pre-season test at the Qatari circuit, topping the times on the second day and working with new team-mate Binder. The experienced Scot has enjoyed past success at Losail; having visited the podium in 2017 and 2020, finishing both races in second place. John is eager to get his 2021 campaign underway and aim to make it a third podium finish in Qatar on Sunday.

I think it’s important in these first couple of races, especially being back-to-back, that we try to consistently be at the front – or as close to it as possible. I fully believe I have the race pace to fight for the victory, which of course is everyone’s ultimate goal. To do that we need to be within the top-five for the whole race, so we need to see if we can do that. Last year I finished second and was fighting for the victory for the entire race so we know it’s possible.