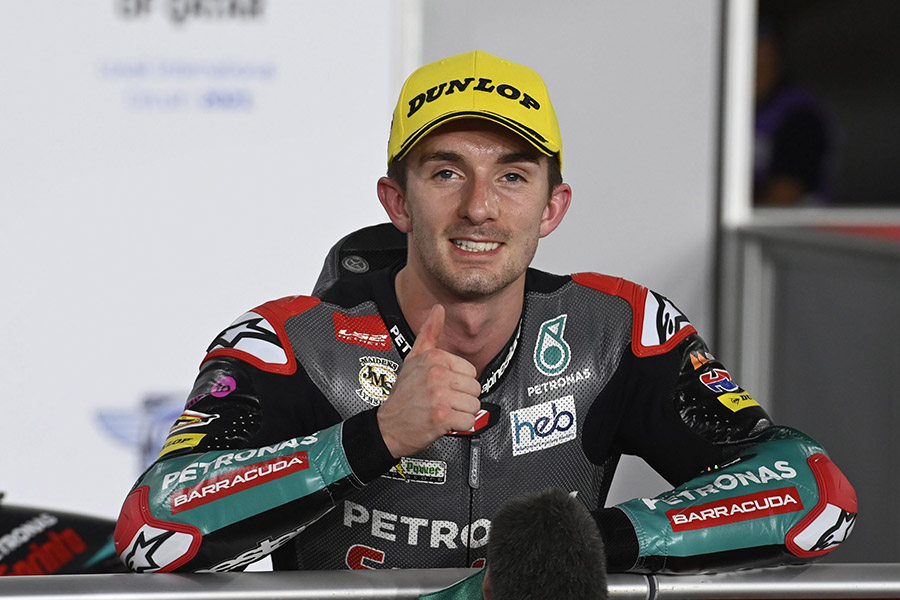 John McPhee will line up on the QatarGP front row after qualifying third at the Losail International Circuit.

High track temperatures prevented John from bettering his time from yesterday, but his best lap from FP2 was good enough to see him straight through to Q2. At the end of FP3 he John was 15th with a 2mins 6.761secs lap. A nerve-wracking qualifying session saw the Scot cross the line with only a second to spare to give him one final flying lap, which John took full advantage of to set a time of 2mins 4.358secs and claim a place on the front row – third.

I’m really happy to be on the front row. It wasn’t our intention to leave it until the last lap. We tried to get a banker lap in early, but I came across two or three guys going slowly and that held me up. It was a stressful end to the session, but I’m really happy with the pace we had. You could see the difference riding in a group made and I know we’ve still got more to give. I want to say well done to Darryn. It’s really good to see him on pole and it’s great for the team as well. We’ve been helping each other and done our job to both be on the front row. Now I’m just looking forward to the race tomorrow.