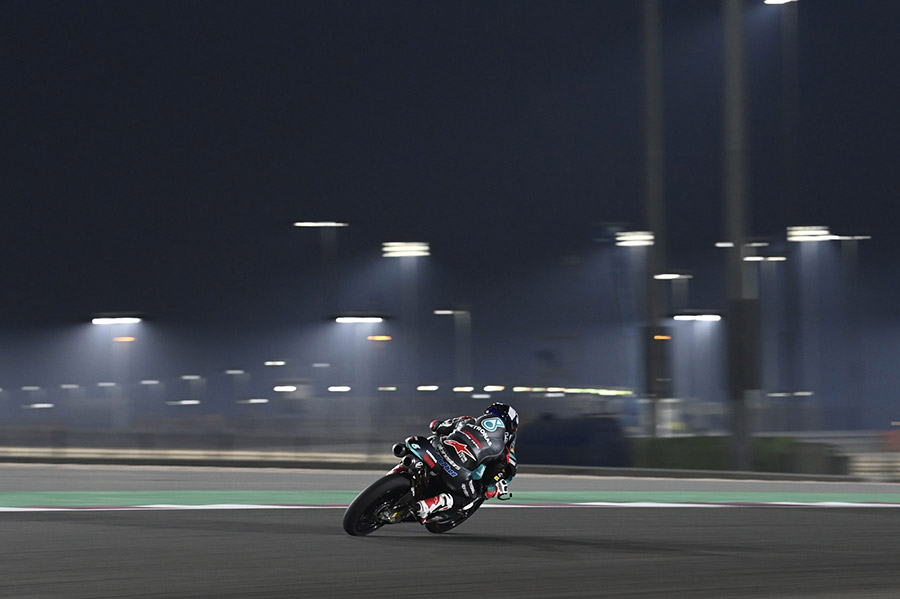 It was a great start to the Grand Prix of Doha as PETRONAS Sprinta Racing’s John McPhee posted a strong lap around the Losail circuit, placing fourth overall. With high track temperatures predicted for tomorrow’s FP3 session, it was important to end the day within the top-14 positions to ensure a place in Q2.

It was a steady start to FP1 for John in the extreme heat of the afternoon, with the Scot also waiting until the final moments of the session to set his fastest lap. His best time of 2mins 6.215secs placed him fourth. John had a better start to FP2, setting the second fastest lap on his first run and stayed there until the closing minutes of the session. John’s 2min 4.968secs lap saw him end FP2, and the combined times, in fourth.

I’m really happy with the progress made today. We started off well in FP1 and then continued that momentum into FP2. The progress that I’ve made personally and that’s been made with the bike has been good. We managed to find something that’s giving me a little bit more feeling overall, so I’m really happy with that. In the end we managed to do a lap time at the start of FP2 and then it was a typical Moto3 session with everyone waiting with not many riders managed to get a final lap in. We definitely still have some things that we know we can improve so I’m looking forward to seeing what we can do tomorrow.