Third row start for John in the #DohaGP 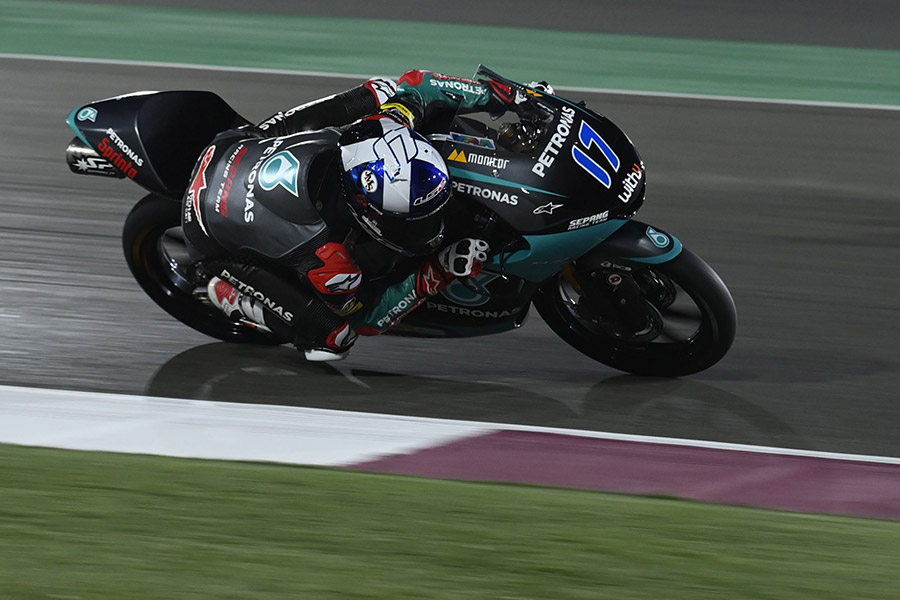 PETRONAS Sprinta Racing’s John McPhee battled wind and dust throughout the day at Losail International Circuit to claim eighth in qualifying. Due to another rider’s penalty, John will start from seventh place on the grid.

John was able to set some good times during FP3, ending the session third with a 2mins 7.557secs lap. With slower laps than those yesterday, it was his FP2 time that saw him straight through to Q2. The Scot led teammate Darryn Binder out on the first run, but experienced a moment out on track, which left him with it all to do on his final lap. John ended Q2 in eighth. However, he will also gain a position on the grid due to the rider penalty.

The target is always to be on the front three rows, because you know that if you’re within the top-ten on the first lap you can finish anywhere within those places. I think there was more possible in the session, we missed a little bit with the bike setup and with the lack of grip I was struggling to get the bike working the way I needed it to. We know exactly why though. The conditions have been tricky and there’s been some dust clouds, which makes it hard to know where the grip is. Overall I’m happy enough and we can fight from here and it should be an interesting race tomorrow.