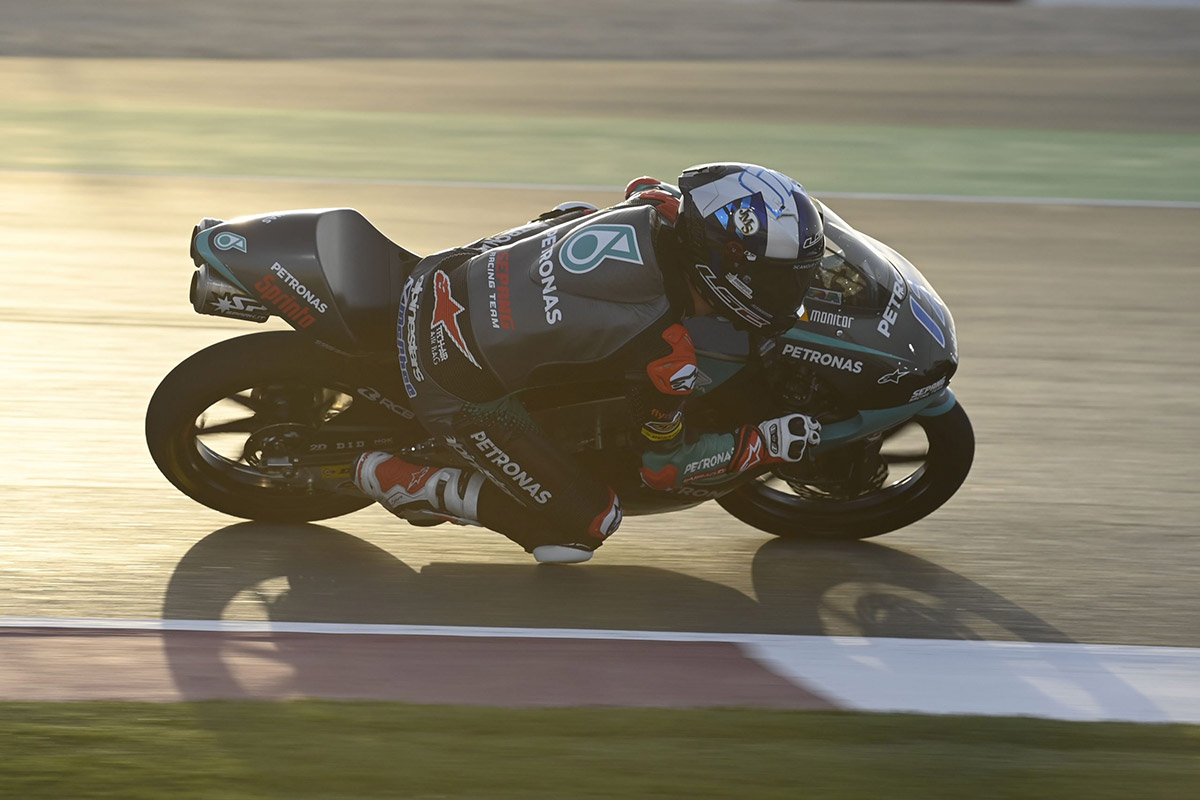 PETRONAS Sprinta Racing’s John McPhee had his bad luck at Losail continue with a DNF after being taken out by another rider once again.

John found himself losing positions on the start and was down in 12th by the end of the opening lap. The Scot then found himself in 19th after experiencing a moment on track with another rider, but was quick to start making his way steadily back through the field to be inside the top-five at the halfway point. Bad luck struck again for John on Lap 15, when another rider crashed in front of him at Turn 1 and ended his race early.

I’m gutted about the crash and it’s a shame for us to finish the race this way, because of another rider’s mistake. I felt strong all weekend again and especially in the race. I was possibly a bit too cautious in the opening laps, but then I managed to show my real speed and make my way back to the front. I had a couple of issues on the way there with another rider, and then finally the incident happened at Turn 1. Everything was going to plan until then. Darryn did a great job though and it’s fantastic to see him on the podium again. Hopefully I’ll be back fighting at the front at Portimão.