Mixed conditions for John in opening day at Portimao 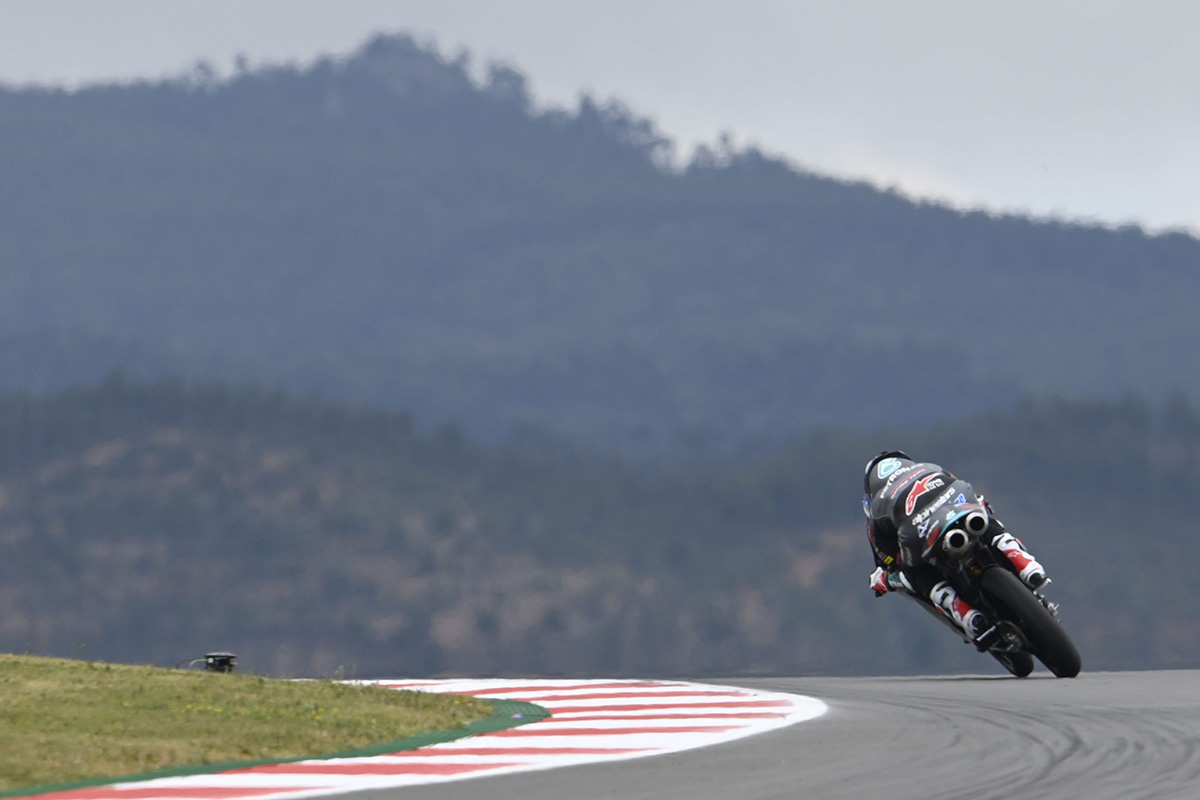 PETRONAS Sprinta Racing’s Moto3 riders were greeted with a damp and drying track for the opening day of action at the PortugueseGP, with a rain shower impacting the final moments of FP2. John McPhee ended the Portimão Free Practice sessions in 14th position.

John chose to wait for the circuit to dry slightly before he joined his team-mate on track in FP1. Immediately up to speed the Scot held the top spot in the standings momentarily, but ended the session third with a 1min 57.440secs lap. John lost some running in FP2 due to a Turn 4 crash early on but the rain started to fall when he was able to get back out, curtailing his session. John’s fastest time of 1min 50.859secs saw him end the session, and the day, 14th.

The final Moto3 Free Practice session will take place tomorrow at 9am local time (4pm MYT), before the first of the two Qualifying sessions gets underway at 12.35pm local time (7.35pm MYT).

We didn’t get as much done today as we’d hoped; our plan for FP2 was to only do one stop and get as many laps done as possible. I went out immediately on the green light and managed to find a bit of a rhythm, but then I had a strange crash. I’m not entirely sure what happened, it looked like a false neutral but then the rear went. It’s a shame we didn’t get those extra laps in but then, with the rain at the end, it was the same for everyone. I feel like I was able to get up to speed quickly and we’ve got a more level playing field, so there are positives to take. I’m looking forward to tomorrow, where I’m going to be focusing on our race pace. It’s a shame not having Crew Chief Mark [Woodage] here, but the most important thing is that he’s well and I’m looking forward to having him back in Jerez.