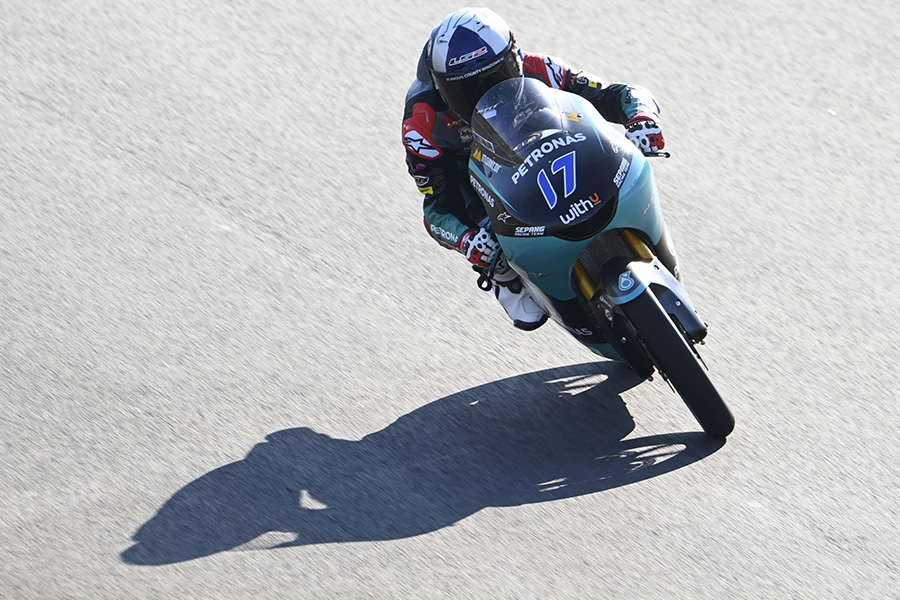 PETRONAS Sprinta Racing’s Moto3 riders were greeted with better conditions for FP3 and qualifying than experienced yesterday where John McPhee and Darryn Binder ended Q2 sixth and eighth respectively. However John’s penalty will see him start from pit lane.

With John carrying a penalty from the DohaGP, the Scot chose to focus on his long-run race pace in FP3. Despite this, he still managed to make it directly into Q2 after posting the 13th fastest lap: 1min 48.854secs. John proved to have a strong pace in qualifying, staying among the top times throughout the session. At the end of the 15 minutes of Q2, John was sixth – 1min 48.362secs – but will start tomorrow’s Moto3 race from the pit lane with a ten second delay.

We’ve taken a different approach to all the sessions this weekend, because of the penalty, spending a lot of time on track alone to try to understand what the best set up and tyre strategy is for the race. Doing longer runs and taking the opportunity to get some real feedback on this. I’m really happy that we got straight through to Q2 alone and without doing a time attack in FP3, we were just working on race pace. We obviously did a time attack in qualifying but we were testing a couple of things as well on the bike for tomorrow, as could be predominantly alone in the race. We need to dig deep to try to catch up with the other riders. We know tyre life can be a big issue towards the end of the race here, so that’s something we’ve tried to work on and prepare for. Anything can happen so we’ll just see what happens tomorrow.