John rides to 23rd after pitlane start in Portimao 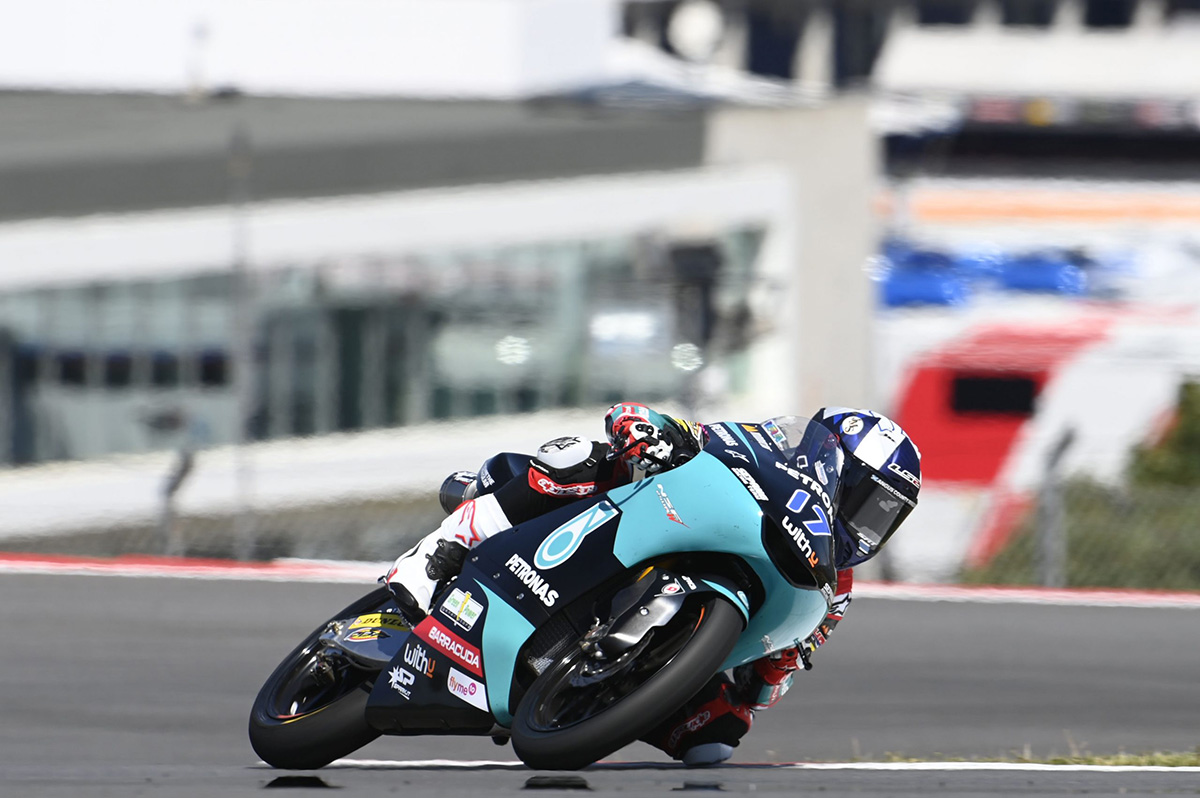 The PortugueseGP proved to be a difficult one for PETRONAS Sprinta Racing, with both Moto3 riders forced to start from the Portimão pitlane. Although Darryn Binder and John McPhee pushed hard during the race, the pair could only achieve 20th and 23rd respectively.

The PortugueseGP was always going to be a tough one for John, who had to start the race from the pitlane with a ten second delay. Although the Scot was able to maintain a good pace and rhythm in the first half of the race, the pace of the riders in the main field, in addition to suffering from a lack of grip in the final laps, meant that he was unable to close the gap to the main field. At the end of the race, John was able to bring his Honda NSF250RW home in 23rd.

John will now enjoy another short break before the Moto3 championship resumes at the end of the month, with the Gran Premio de España (30 April – 2 May).

Today we had nothing to lose and everything to gain, so we tried a few things throughout the weekend. In the end we gambled with the S tyre, just to see if it could be of any benefit in catching the riders up. Unfortunately it wasn’t the right choice as we struggled a lot with the tyre towards the end of the race. My rhythm was good, my pace was consistent, and I was lapping in the 1min 48secs alone for the first seven or eight laps, which was good. I was able to maintain my rhythm all race, but the size of the penalty made it too difficult to come back. I’m sorry to the team that we weren’t able to be fighting at the front today. We’ll take the experience and things we’ve learned from this weekend to Jerez, where hopefully we can start our season properly.