John’s bad luck continues with DNF in the #SpanishGP 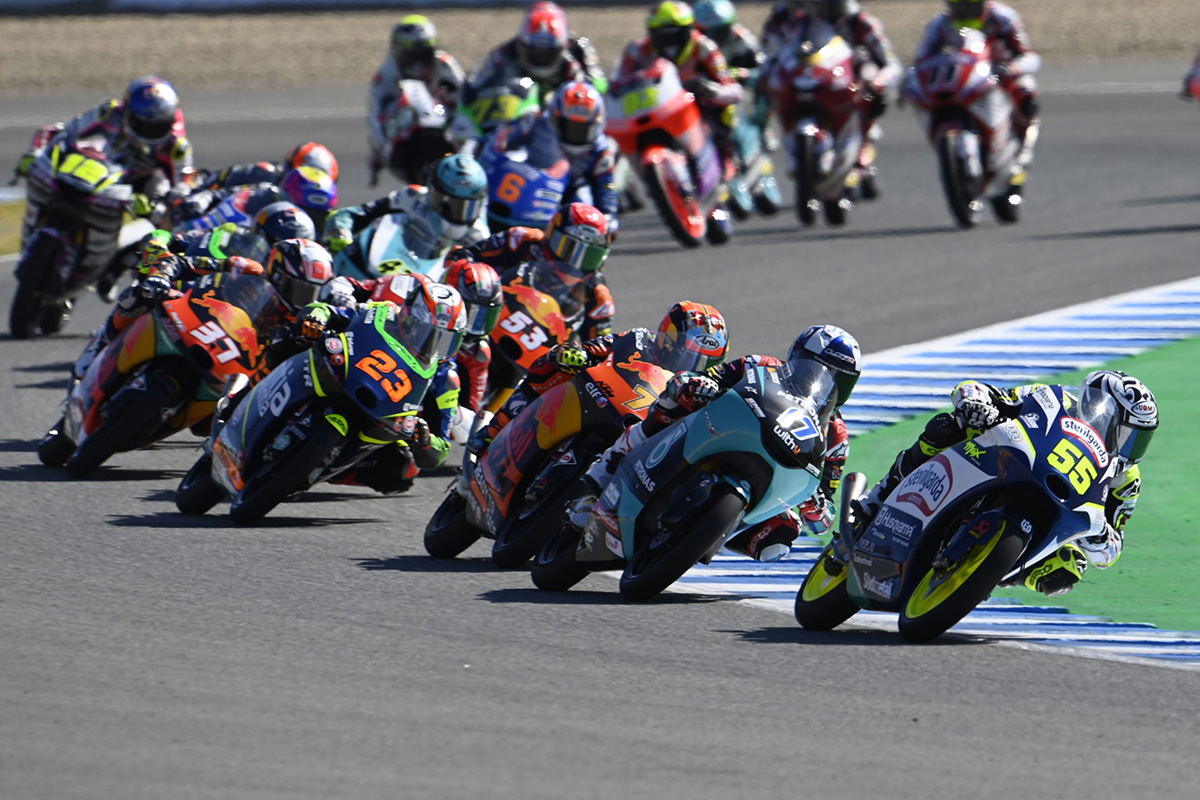 It proved to be a frustrating Moto3 race at Jerez for PETRONAS Sprinta Racing, with John McPhee unfortunately picking up a SpanishGP DNF after crashing on the opening lap.

John had a good launch off the line from sixth, before losing a couple of places into the first corner. Finding himself back in the pack as the first lap unfolded, he was unable to mount a podium challenge after his race came to a premature end on the opening lap, following a highside on the exit of Turn 7.

We’ve had zero luck at the start of this season. We’ve had the speed and been there in most of the sessions, but it just hasn’t gone our way on race day. Although the first two races weren’t my fault, I have to admit that this one was. Turn 7 has caught a lot of guys out this weekend and it got me on the first lap of my race today. It’s a shame to finish this way as we were looking strong, but it’s one of those and things and we’ll look to reset and come back better in Le Mans. Our championship position at the moment is not where we should be, but there are still a lot of points available so we’ll dig deep and try to get as many as possible.