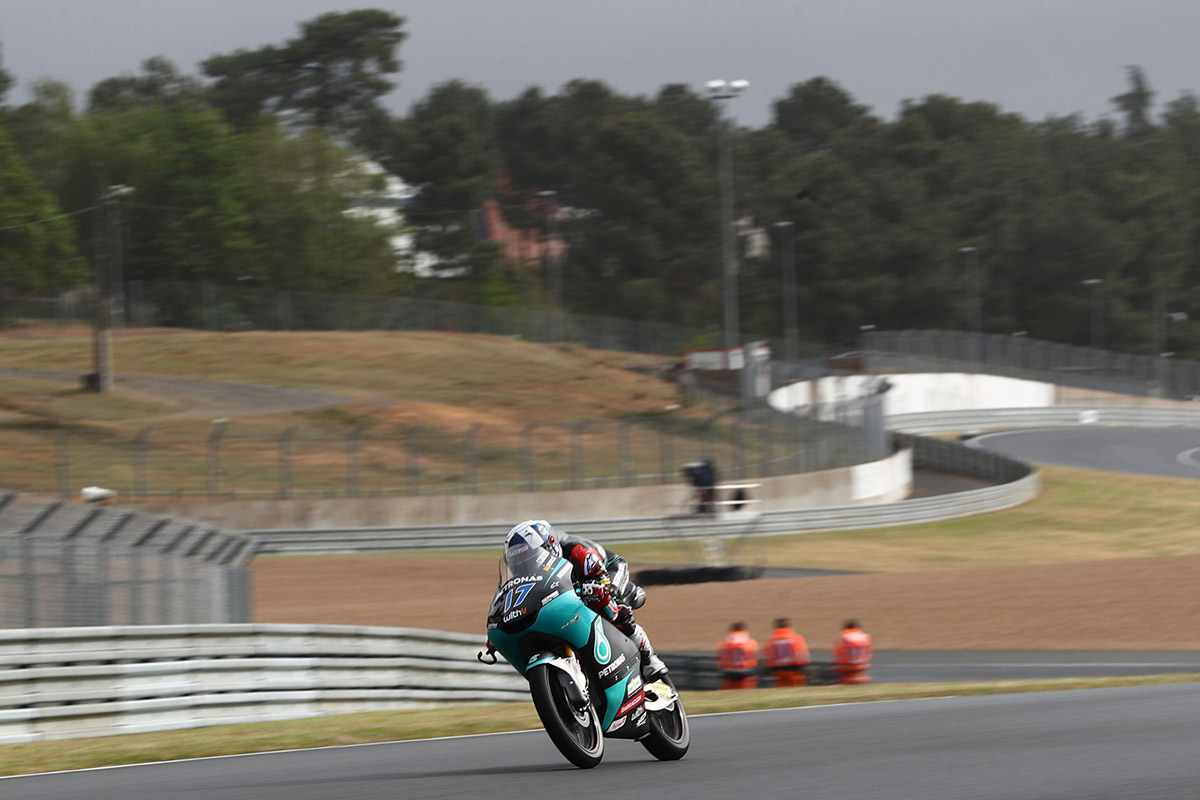 PETRONAS Sprinta Racing’s John McPhee will start tomorrow’s French GP from the second row of the Moto3 grid, after taking fourth in the mixed conditions of qualifying at Le Mans.

John continued to show his strong wet weather form, immediately posting a time inside the top-three. The Scot spent FP3 lapping consistently at the sharp end of the timesheets and posted the fourth fastest time – 1min 55.026secs. However, he was already through to Q2 thanks to his FP2 time.

Tricky conditions greeted McPhee in qualifying, with rain falling in Sector 4 just before the start of the session. The Scot showed his strength around the French circuit, holding provisional pole momentarily. John’s 1min 49.640secs lap will see him start the French GP from fourth, on the second row of the grid.

John will kick off Sunday action at Le Mans at 9am local time (3pm MYT) with Warm Up, with the 22-lap Moto3 race due to begin at the usual time of 11am local time (5am MYT).

It’s been a solid day, with tricky conditions in both sessions. This morning was wet but then became drier towards the end, so we were on a full wet set up and took fourth in FP3. The time from yesterday put us straight through to Q2, so that was good. We had even trickier conditions in Q2: it was dry when we first left the garage and then it rained on the out lap. The team did a great job changing the bike to a full wet setting, as the rain was heavy but then it didn’t come to much. The track was still dry apart from the last two corners. We did the best job we could with the wet setup and I’m happy to be leading the second row. The weather conditions will be a big factor tomorrow, but we’re ready to fight and aim for that podium.