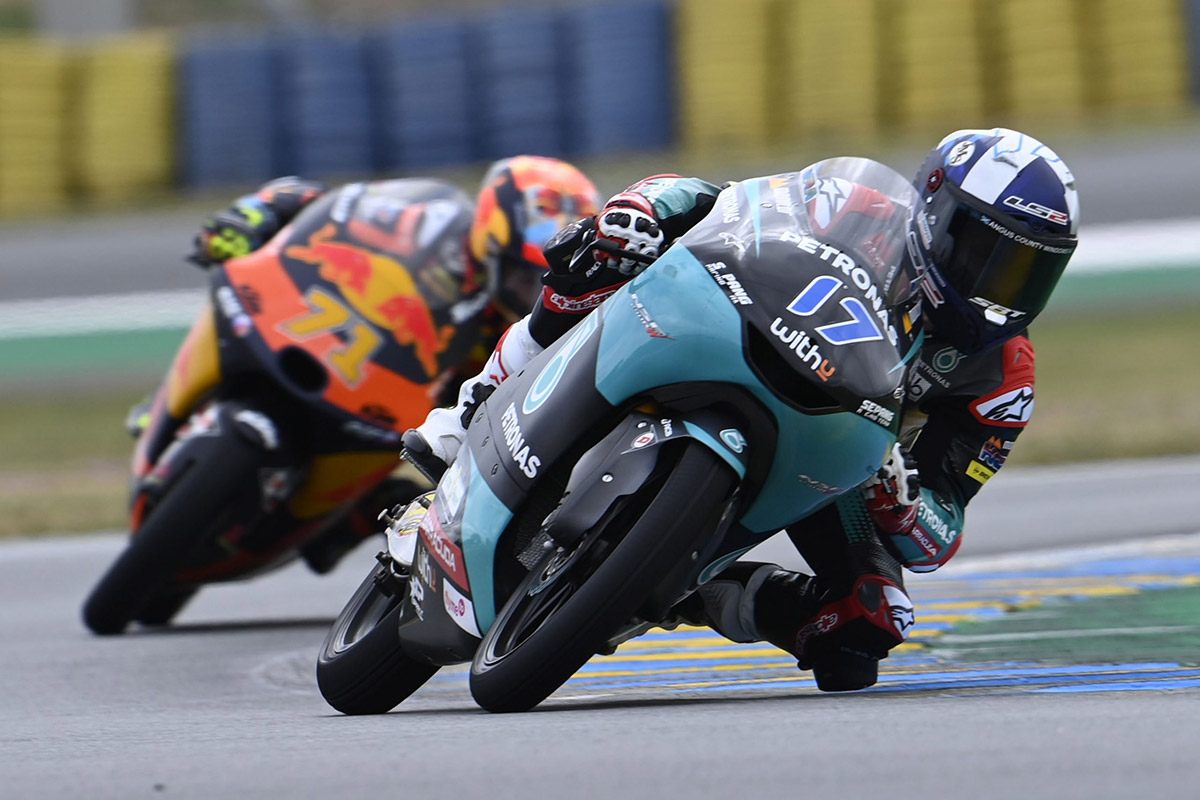 PETRONAS Sprinta Racing’s John McPhee proved that his bad luck is behind him, after putting in an impressive performance around the drying Le Mans track to cross the line fourth – his first points of the 2021 season. Team-mate Darryn Binder ended the FrenchGP 20th, after sliding out of sixth place on lap 7.

A less than great start for McPhee from fourth on the grid saw him fall to sixth in the first corner, before ending the first lap in ninth. The Scot was quick to recover to fifth by lap 3 and was able to create a gap of over 13 seconds to those behind him, which increased with every lap run.

John pushed hard in the drying conditions to close down the distance to fourth, and was the fastest rider on track, before his hard work paid off on lap 17. Despite applying late pressure, there just wasn’t enough time to fight for the podium and McPhee ended the race in a strong fourth. The 13 points, his first in 2021, move him into 20th in the championship standings.

John and teammate Darryn Binder will now enjoy a short break, before the Moto3 paddock moves to Mugello for the Gran Premio d’Italia (28-30 May).

After the start I’ve had to the season, this fourth feels a bit like a victory because it’s the first proper finish and first points of the season. It’s such a nice feeling and I’m happy to have achieved it with a strong ride. I tried to be calm and not make any mistakes in the first half of the race, especially as I saw guys falling around me. The conditions were really tricky. I managed to up my game a bit towards the end and find the limit a more. I was quickly catching Riccardo [Rossi] in the final laps, but made a small mistake into Turn 8 and lost the front a bit. Thought I might have a chance on the last lap, but he put in an amazing lap and he thoroughly deserves the podium. Big thanks to the team for sticking by me through the tough first four races and finally we’ve got some points on the board.