John third, and happy with solid opening day at Mugello 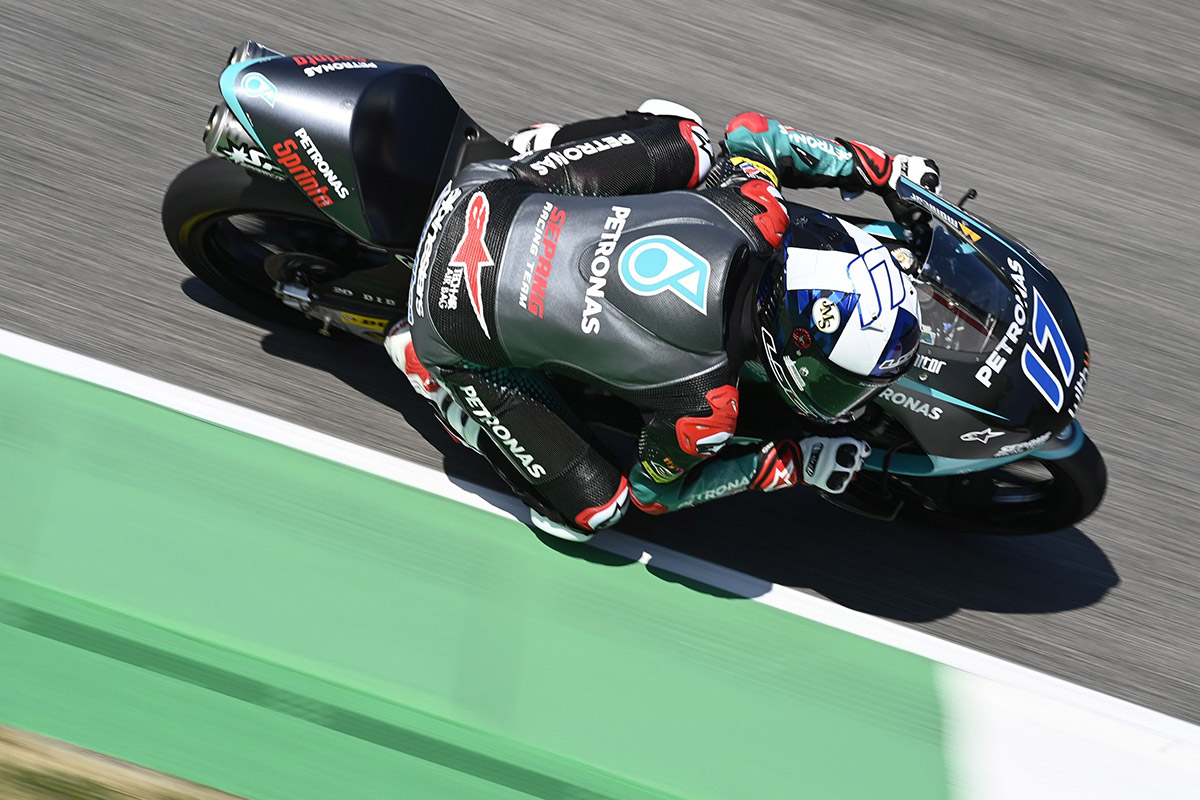 PETRONAS Sprinta Racing had a near perfect start to the first ItalianGP since 2019, with John McPhee in third.

John opted to stay in the garage a little longer than most riders, but proved to be up to speed at the Italian circuit and held fifth after his first FP1 run. Continuing to improve his time, the Scot’s 1min 58.739secs lap time placed him eighth at the end of the 40 minutes. John also had a strong start to FP2, setting times that placed him just outside of the top-five, before going top with just over three minutes to go. Although he was able to improve to 1min 56.942secs, two other riders were also able to lap in the 1min 56secs, which pushed McPhee down to third in the session – and overall.

Tomorrow’s track action will begin at 9am local time (3pm MYT) with Free Practice 3, before the first of the Moto3 qualifying sessions gets underway at 12.35pm local time (6.35pm MYT).

John McPhee
3rd (1’56.942)
I’m really happy with today and it feels good to be back at the Mugello circuit; I was riding round in FP1 with a massive smile on my face just really enjoying myself here. I think that also helps you to go faster. We’ve had a solid day one today. In the first session we just eased ourselves in to find a rhythm, worked on my pace and just got back up to speed. Then in the first part of FP2 we focused on preparing for the race, before putting a time attack in at the end. I’m really happy with the rhythm because I managed to do three laps on the same lap time, which puts us in a really good place for the rest of the weekend. I think there’s a chance that FP3 could be even faster than FP2, so we’ll need to put in another time attack at the end, but I think we can use the first part to work towards the race.