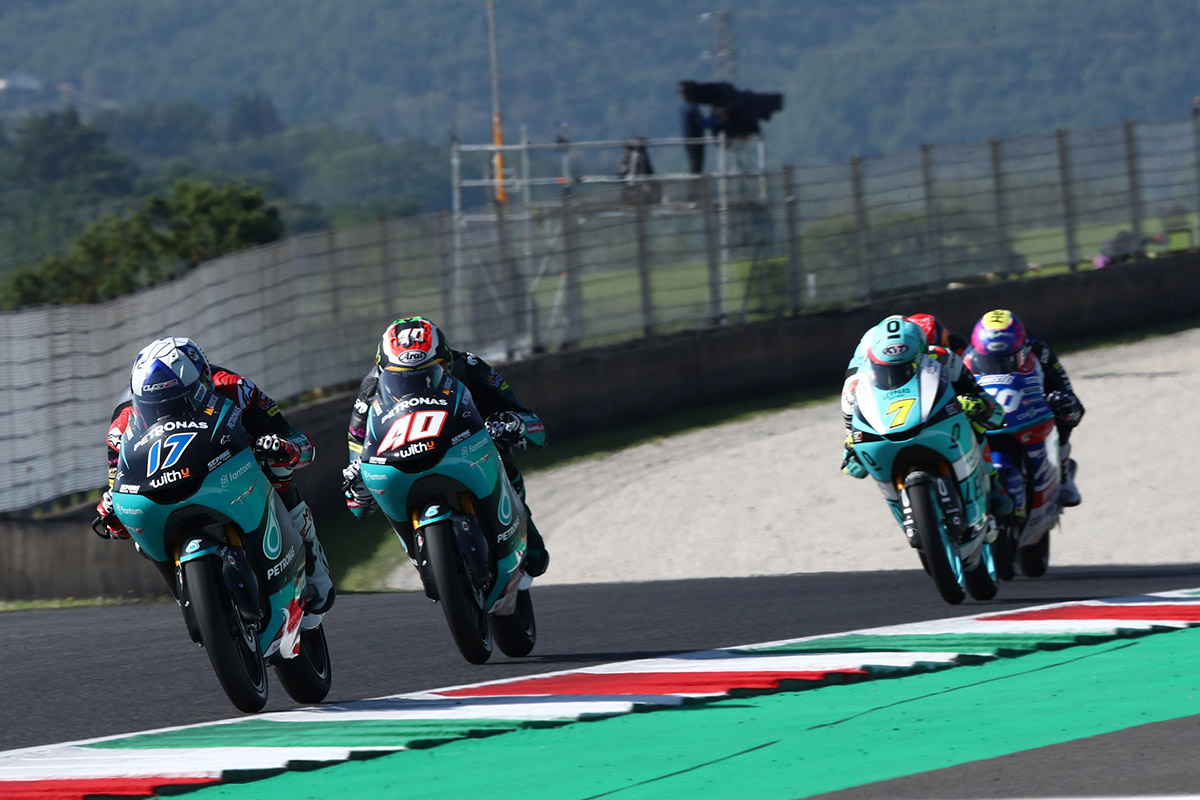 PETRONAS Sprinta Racing’s John McPhee will be starting the ItalianGP from the third row of the grid tomorrow, after ending qualifying ninth.

John took to the track as soon as the green flag was waved for the start of FP3, but waited until his final run of the session to commence his time attack. As the Scot predicted, riders started to improve upon their FP2 times and he was among them, setting a 1min 56.816secs lap. This was the ninth fastest time in the session, tenth overall and confirmed his place in Q2. With Moto3 tactics in full swing in pitlane, John opted to head out alone on track for qualifying and was able to set a 1min 57.152secs lap, which will see him start tomorrow’s race from the third row of the grid in ninth.

Everyone at PETRONAS Sprinta Racing send their best wishes to the riders involved in today’s qualifying incident and hope that they are all okay.

First of all I just want to say that I hope everyone is okay, as that was a big incident today. For us it has been quite a productive day and I’m happy with my pace, especially on the used tyre and when riding alone. In FP3 we did a good job, getting the lap times done alone on track. Then in Qualifying we tried to find a good track position, to try and get in a slipstream because we know it can be important here. There seemed to be some strange tactics going on and we were a little unsure, so I ended up going out and being completely on my own. I did three laps, which were all respectable and we ended up getting a place on the third row. This is fine for Mugello, as we know it’s going to be a big group race tomorrow. I’m feeling ready and excited for it.