John focuses on race pace on day one at Barcelona 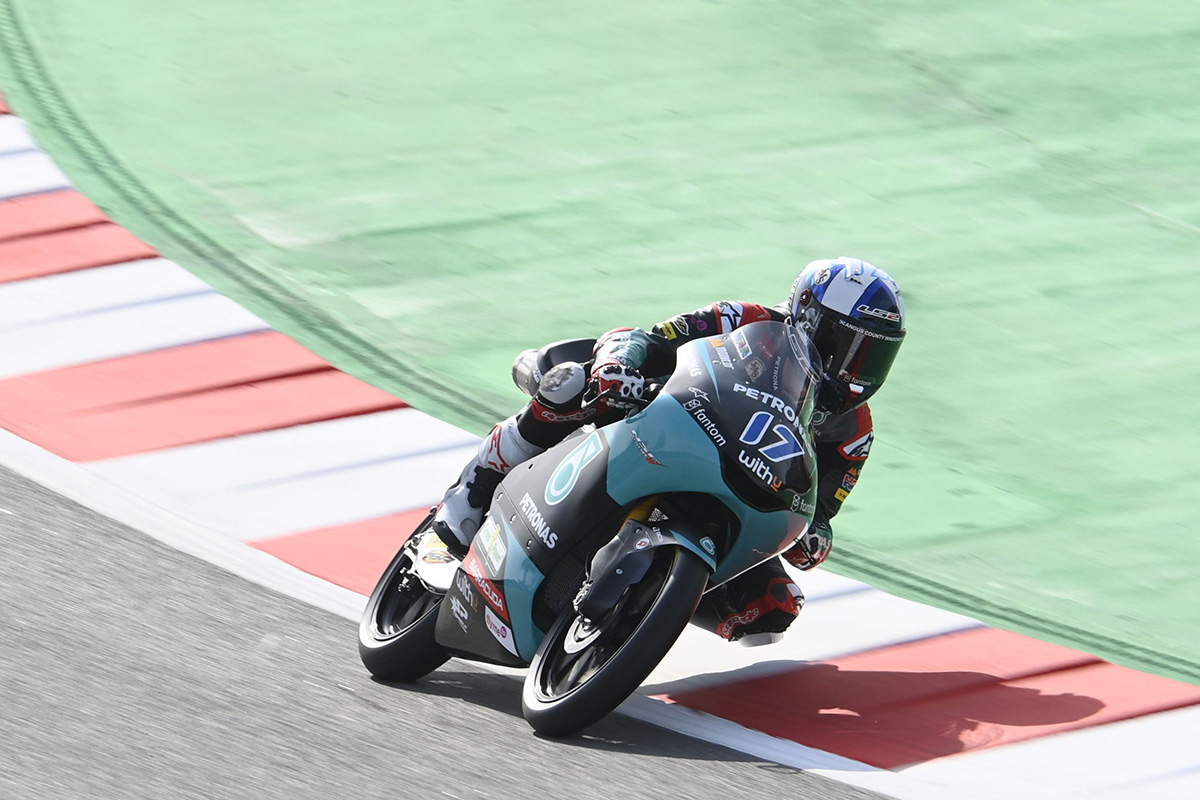 John took some time in FP1 to acclimatise to the new circuit layout, and made improvements lap-by-lap. The Scot’s final flying lap in the 40-minute session – 1min 48.999secs – saw him leap up the timing screens to end FP1 fourth.

Primarily focusing on race preparations, it wasn’t until the end of FP2 that John improved upon his time set in the morning session, but he still held a top-14 place for the majority of FP2. Although he was 14th at the end of FP2, with a 1min 48.968secs lap, his time placed him 15th in the combined times from the day.

Tomorrow’s FP3 session will begin at 9am local time (3pm MYT), with the first of the two Moto3 Qualifying sessions getting underway at 12.35pm local time (6.35pm MYT).

It’s never deliberate to be down the order, but we did use today as a bit of a test and to try some things on the bike. Our aim was to improve our race pace and more than the one-lap pace. We’ve found quite a lot so far that betters our one-lap, so we needed to focus on being able to attack in the race more. Today has been more about preparing for the race and then seeing what it gets us on a time attack. We’ve found some good information and I’m looking forward to putting it all together tomorrow, to see how we go in FP3. The new Turn 10 flows really nicely and I think they’ve done a good job there.