Second row start in the #CatalanGP for John 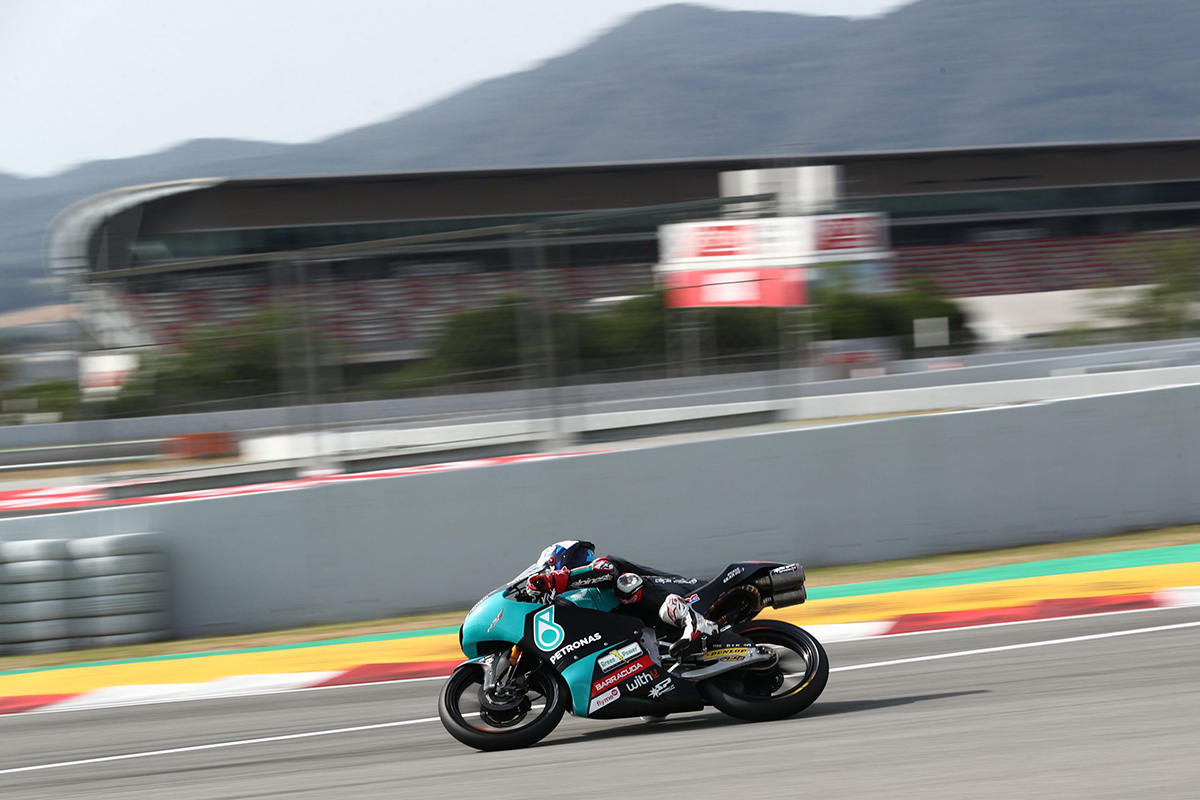 After taking the long route through Q1, John McPhee will be starting tomorrow’s Moto3 race at Circuit de Barcelona-Catalunya from the second row of the grid, in sixth.

John didn’t have the best of starts to his day, as he found himself with no slipstream on the final flying lap of FP3 and ended the session in 21st place with a time of 1min 48.583secs. Going into Q1 proved to be no barrier for the Scot, who dominated the session and ended it top with a 1min 48.529secs lap, securing his place in Q2. Opting to wait a few minutes before heading out in Q2, John’s early banker lap of 1min 48.350secs placed him second.

Unfortunately his final lap was cancelled due to exceeding track limits, but he will still line up on the second row of the grid tomorrow in sixth.

It’s been a good day and we continued our hard work from yesterday, trying to analyse a few different things on the bike. It was almost a bit frustrating at the beginning because we were making progress, and then we weren’t. The team has done a really good job putting everything together though to make it work in qualifying. In Q1 I was really happy because I was doing my laps alone, they were consistent and I had a bit of a margin over the rest of the field. We knew riders would be looking for the tow in Q2, so to have my laps consistently quick when alone shows that the hard work has paid off. Starting tomorrow’s race from P6 is a great position to be in and we look forward to the battle.