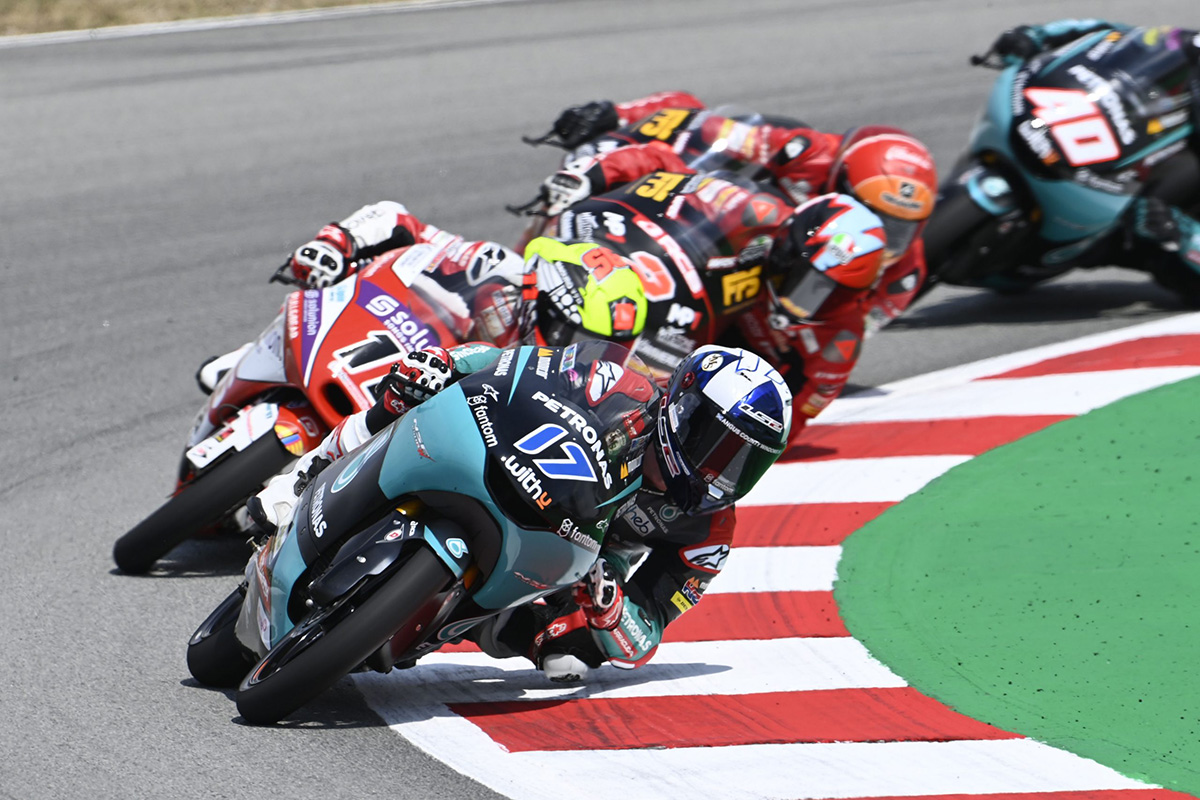 An exciting Moto3 race in Catalunya, which saw an intense group battle for the podium throughout, sadly saw John McPhee’s CatalanGP challenge come to an early end when he crashed out of the lead on lap 10.

A good start from John saw him maintain his sixth position off the line, before moving into fourth by the end of the first lap. The Scot was able to move into the race lead early on for three laps, before keeping himself in podium contention when other riders benefitted from the slipstream effect. John was quick to regain the lead, but disaster struck on lap 10.

After a strong start to the race, John unfortunately crashed out of the lead at Turn 2 when trying to create a gap to those behind him. He will now head to the eighth round of the year – Sachsenring, Germany – 18th in the championship standings, with 22 points.

After racing for two consecutive weekends, the Moto3 duo will now enjoy a short break before action resumes at Sachsenring with the Grand Prix Deutschland (18-20 June).

It’s a big shame to finish the race this way. I need to apologise to the team because it was my mistake. I’m also sorry to the other riders that got caught up in my crash and I hope they’re okay. I felt so strong and the bike felt so good. When I was in the lead I was able to maintain my lap time and keep the pace going over the three laps. The plan was to try to maintain that rhythm and try to make a break. I had a couple of attempts, saw where I was losing time but then on the next go I had the highside. We need to take the positives; the fact that we were so strong all weekend and had the pace in the race. It’s a shame but it’s one of those things, we’ll keep working and look forward to Sachsenring.