John to start #GermanGP from fourth on the grid 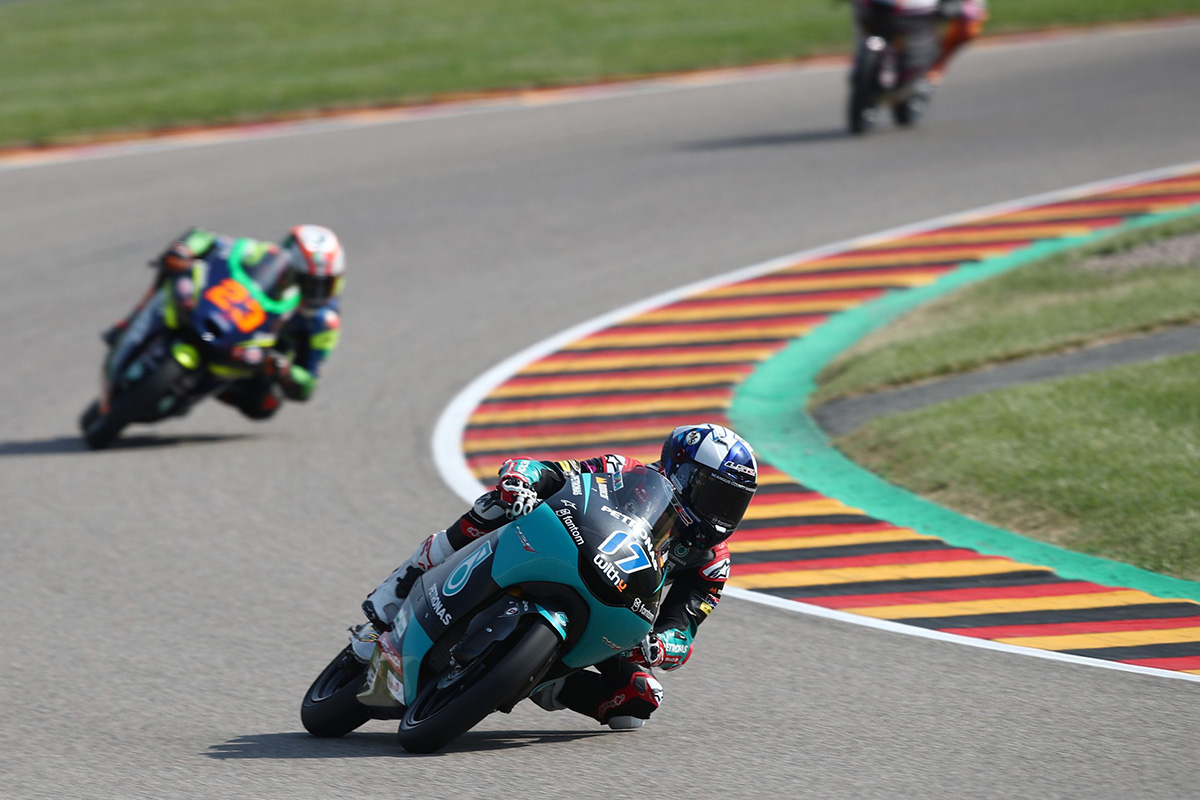 Another strong performance from John McPhee in the German heat will see him start tomorrow’s Moto3 race from fourth on the grid at the Sachsenring.

Although John’s initial FP3 laps placed him second on the timing screens, it wasn’t until his final run that he improved his time from yesterday. He ended the session ninth – 1min 26.712secs – and headed straight to Q2. Although the Scot’s qualifying began with a disallowed lap for exceeding track limits, John was quick to recover and ended the session fourth, with a quickest time of 1min 27.228secs. This will see him start tomorrow’s race at the head of the second row.

I’m feeling good and I’m really enjoying riding this Sachsenring circuit. We’ve been working session by session and lap by lap, to improve both the feeling and the lap time. We’ve also been able to do quite a lot of laps on both the hard and soft tyres. I felt like I had some more in the tank in qualifying, but the yellow flags came out so I wasn’t able to improve. The time we did was good enough for the second row and we know that it’s good enough to be in the fight in Moto3. I’m really looking forward to the race tomorrow. I think we’ll have a big group for the first laps, but there’s two or three of us who should be able to split the group up. Hopefully we’ll be in the fight come the final few laps.