John takes 11th in a tough and unlucky #GermanGP 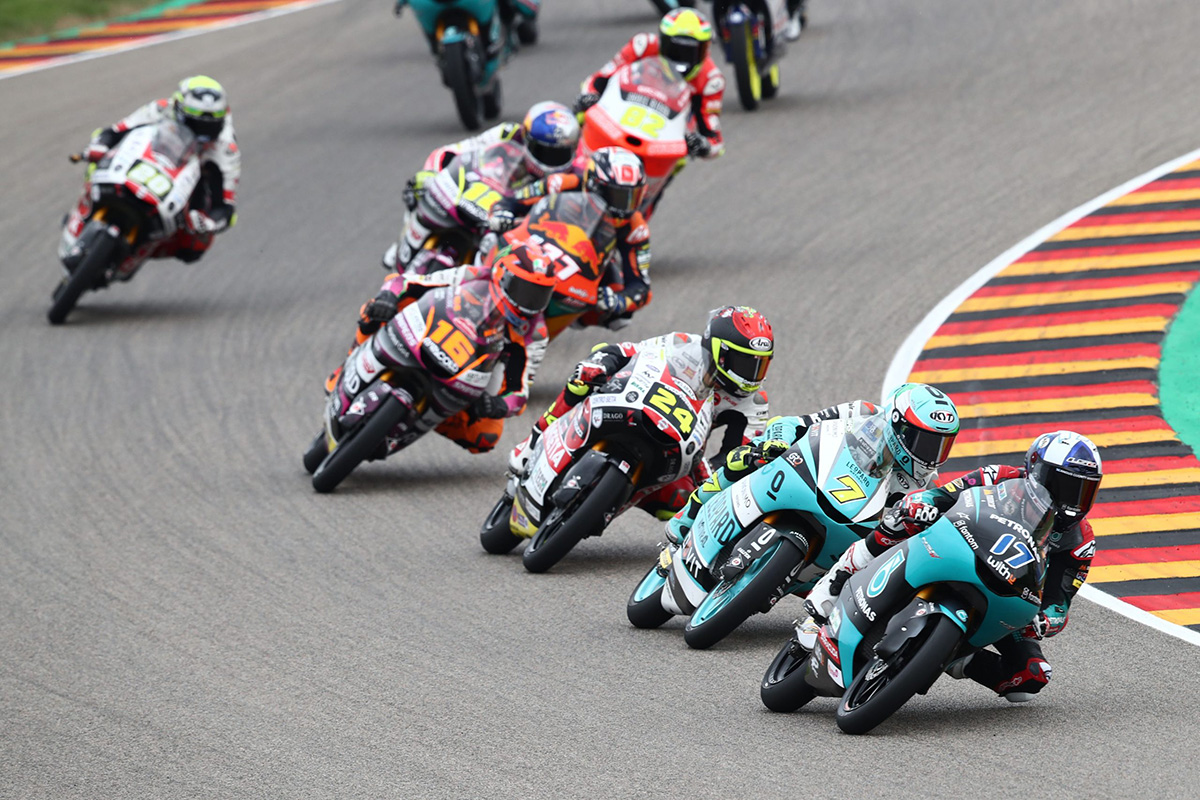 Despite a strong start, John McPhee ultimately ended the GermanGP 11th after being forced to run wide to avoid another Moto3 rider’s crash.

A good start from fourth on the grid saw John climb two places by the second lap and stay inside the podium fight throughout the opening laps. Keeping himself within the leading group, the Scot was forced to take avoiding action as two riders crashed in front of him on lap 13, which dropped him to 16th. Quick to recover to 11th, John was ultimately unable to close the gap to the top-ten but successfully defended his 11th position to the finish line. He is now 16th in the championship standings, with 27 points.

The Moto3 duo will now head straight to the Netherlands for the final round before the summer break: the #DutchGP (25-27 June).

It has been a solid weekend overall and I’ve been fast throughout, including being quickest on day one and then fourth on day two. We’ve been able to show that the speed and consistency are there, we were just unlucky to get caught up in another rider’s crash in the race and had to take to the grass to avoid it. We lost a lot of time and I was unable to claw it back by the end of the race. I had to settle for P11, that was the most we could do today, but we can take the positives away with us. I’m looking forward to Assen, where I hope we can turn our race day fortunes around.