John battles to take solid sixth in the #DutchGP 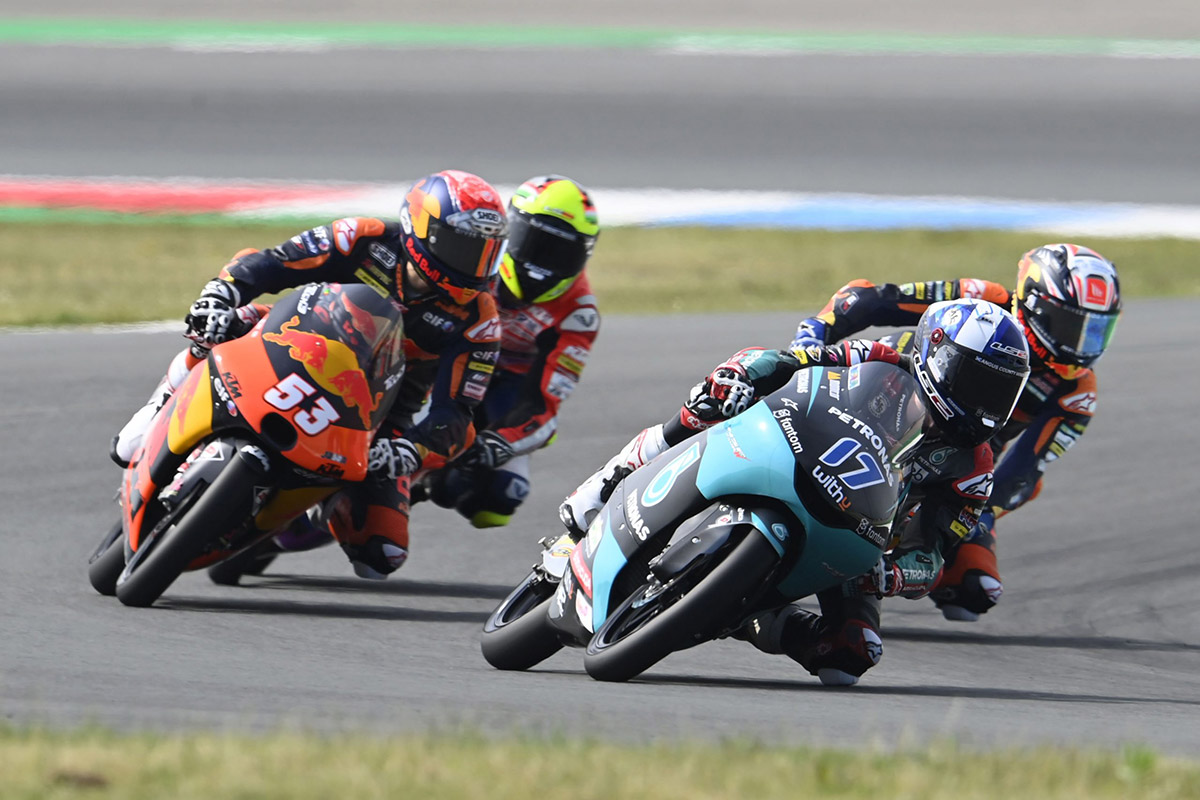 An issue off the line for John saw him drop from 11th to 15th on the opening lap, placing him inside a second group of riders on track. Putting in a series of fast laps, the Scot moved back inside the top-ten and re-joined the leading pack on lap 8. John joined the podium fight five laps later, but was shuffled back to sixth shortly after. Slightly adrift of the race leaders, McPhee crossed the line seventh but was promoted to sixth following team-mate Darryn Binder’s penalty. He goes into the summer break 13th in the championship with 37 points.

John will now enjoy a near six-week break before action resumes with two back-to-back races in Austria, the first of which being the Grand Prix of Styria (6-8 August).

It’s been a fairly solid day. In Warm Up we found something that we have been looking for, which has been making me miss a little bit of feeling. So it was good to find that. We made the most of that going into the race and managed to improve the bike. After a bad start to the race, I managed to fight my way back and I felt strong. This track managed to break the riders up a bit and I really enjoyed the battle today. It’s a shame that in the final laps we didn’t have enough to be able to attack and get past the guys ahead. P6 going into the summer break is okay and I’m really excited for the second half of the season. I think it could be a strong one for us.