#StyrianGP slicks gamble fails to pay off for John 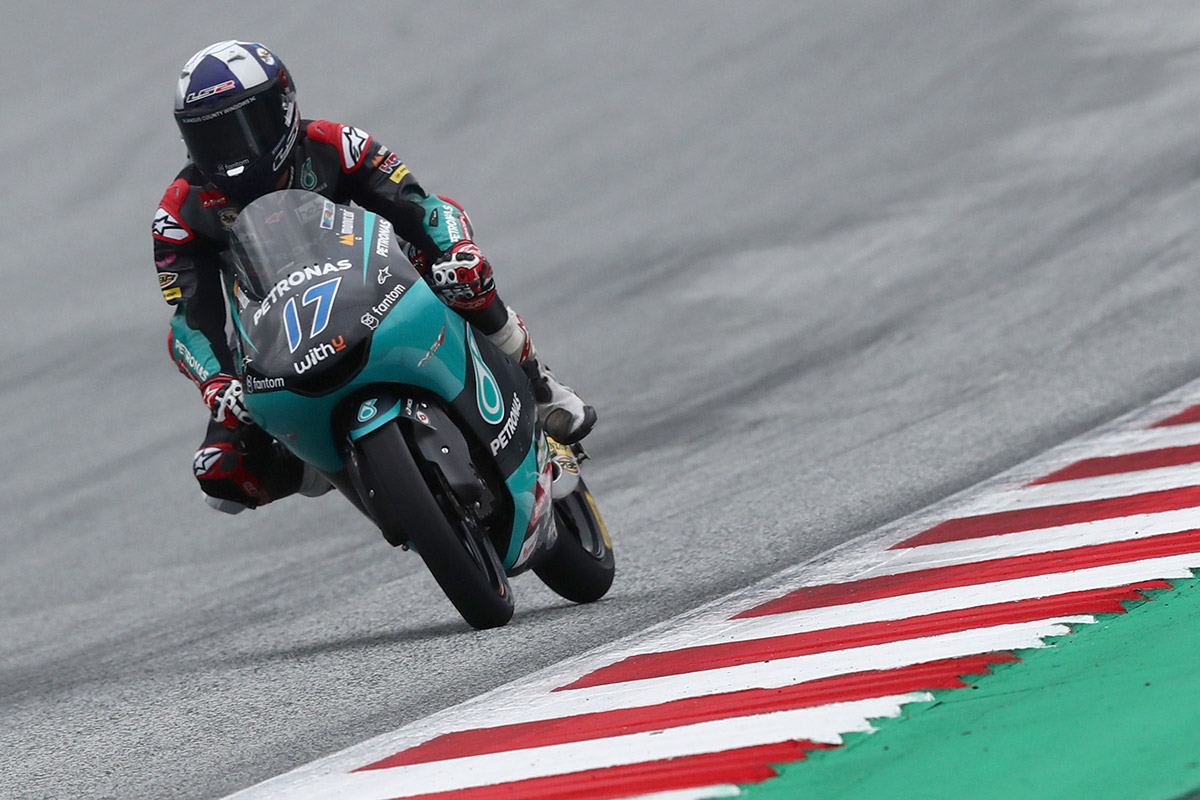 The second half of the 2021 season kicked off with the Moto3 race at a damp Spielberg today for PETRONAS Sprinta Racing’s Moto3 riders. After taking a gamble on slick tyres, due to the appearance of a dry line in places, John McPhee ended the StyrianGP 13th.

Echoing his team-mate with slicks tyres on his Moto3 machine, John lost positions off the line, finding himself 19th after contact on the opening lap – after starting 11th. Despite damage to his bike, the Scot was able to hold his place on track, before starting to increase his pace at the halfway point.

Battling hard to make his way through the field, John was able to start claiming places in the closing stages and crossed the line inside the points in 13th. With a total of 40 points, John now sits 14th in the riders’ standings.

It was definitely a gamble going with the slick tyres but we thought it might have paid off. If there were an extra few laps or the race had started later it would have worked. We had to take a risk because I know it can work, I was on the podium in 2019 here in similar conditions. It was a shame not to be able to capitalise on it but things were tricky after contact with another rider early on meant that I broke my fairing and lost my rear brake. I was struggling a bit after that but I had fun out there; it was good to get a couple of points and I’m looking forward to doing it again next week.