Fifth row start for John McPhee at the #AustrianGP 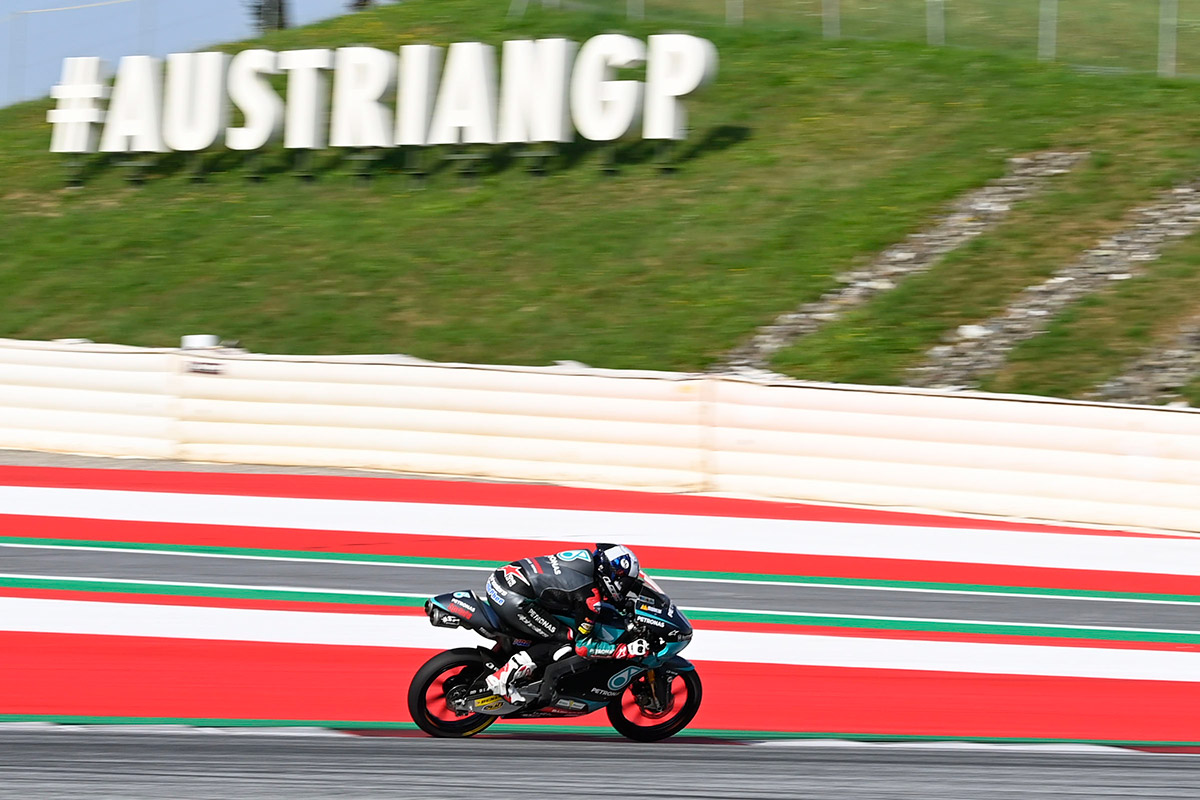 PETRONAS Sprinta Racing’s Moto3 riders will have work to do in tomorrow’s AustrianGP, after John McPhee and teammate Darryn Binder ended today’s Qualifying at Spielberg 15th and 18th respectively. However, the pair will gain one place each on the grid due to another rider’s penalty.

It was a strong FP3 for John, who managed to stay inside the top-ten for the majority of the session. Improving his lap time to 1min 36.046secs, the fifth fastest in both FP3 and overall, he headed straight to Q2. After posting a lap that placed him provisionally on the third row, the Scot continued to improve and set a 1min 36.455secs time on his final flying lap. This saw John end the ultra competitive Q2 session 15th, which will see him start tomorrow’s race from the fifth row.

We struggled to get a proper lap together today, but I felt like my rhythm was really good. I had a good pace and it stayed consistent as the track temperature went up, which was good. We’re just losing a bit too much on the two straights, but there were only a couple of us doing the lap alone and that bodes well for the race. We’re consistent and our race pace is good so, although we’ll have our work cut out starting from 15th, I think we can have a good race tomorrow. I think anything is possible, the slipstream here means that even the guy in the lead could slip back to tenth but the opposite can also happen. We’ll just keep working hard and try to make our way to the front.