John battles to strong seventh place at the #AustrianGP 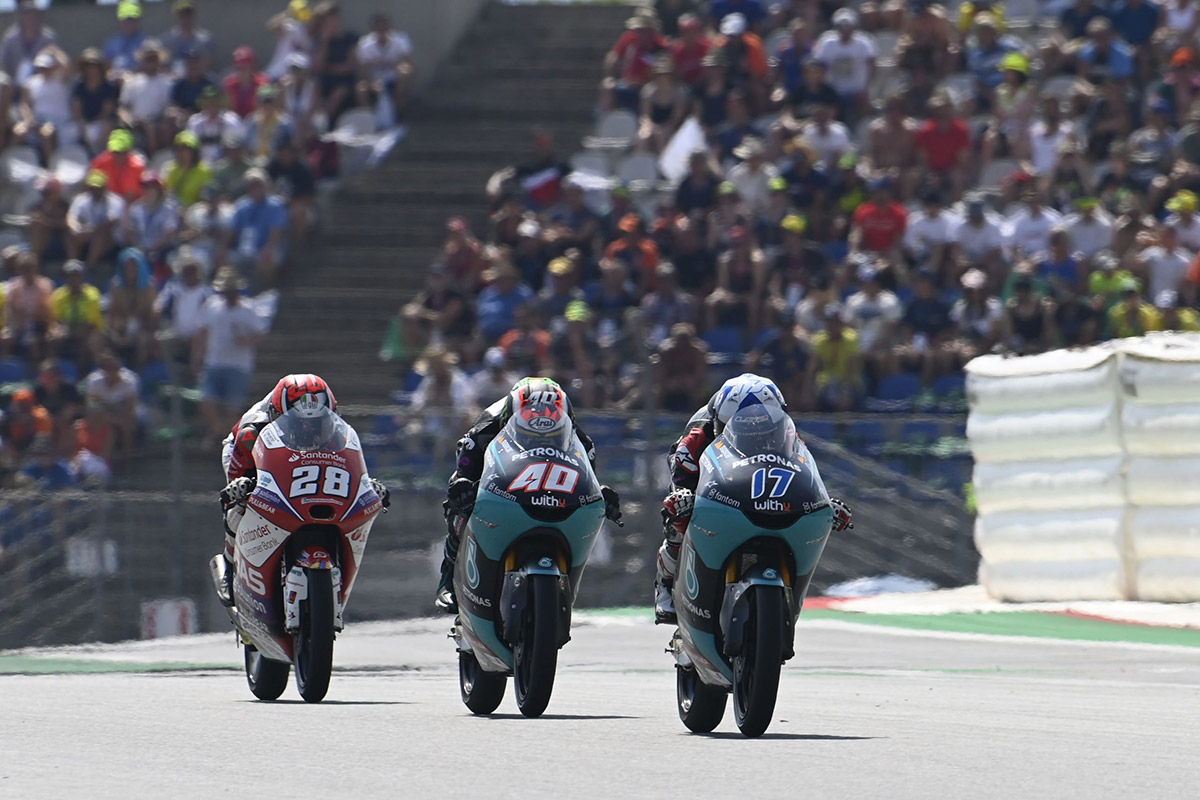 The Moto3 race at a sunny and warm Spielberg saw PETRONAS Sprinta Racing’s John McPhee work his way through the field, to end the AustrianGP seventh.

A good start for John saw him hold onto his 14th place on the opening lap, before the Scot started to make his way steadily up the order. Holding station inside the top-ten, he worked with his team-mate in closing the gap to join the leaders on lap 14. After trading places with Binder several times, John ultimately found himself adrift of the riders ahead and ended the AustrianGP seventh. He moves to 13th in the world championship with 49 points.

I’m happy with my efforts today, as I felt like we had to ride hard to finish where we did. Coming from 14th on the grid, it was never going to be easy, but I managed to make my way forward without too much difficulty. We’ve seen that this circuit is really strong for other manufacturers, so we had our work cut out on the straights. Darryn and I were working together for the first half of the race, but I realised I had a little bit more pace and I was able to pull us back onto the group. Once we were there though it was difficult to make our way through, but I managed to get one at the end. To finish seventh today was a solid result, so I’m happy with that, and we’ve made a good step forward. I’m now looking forward to my home GP at Silverstone.