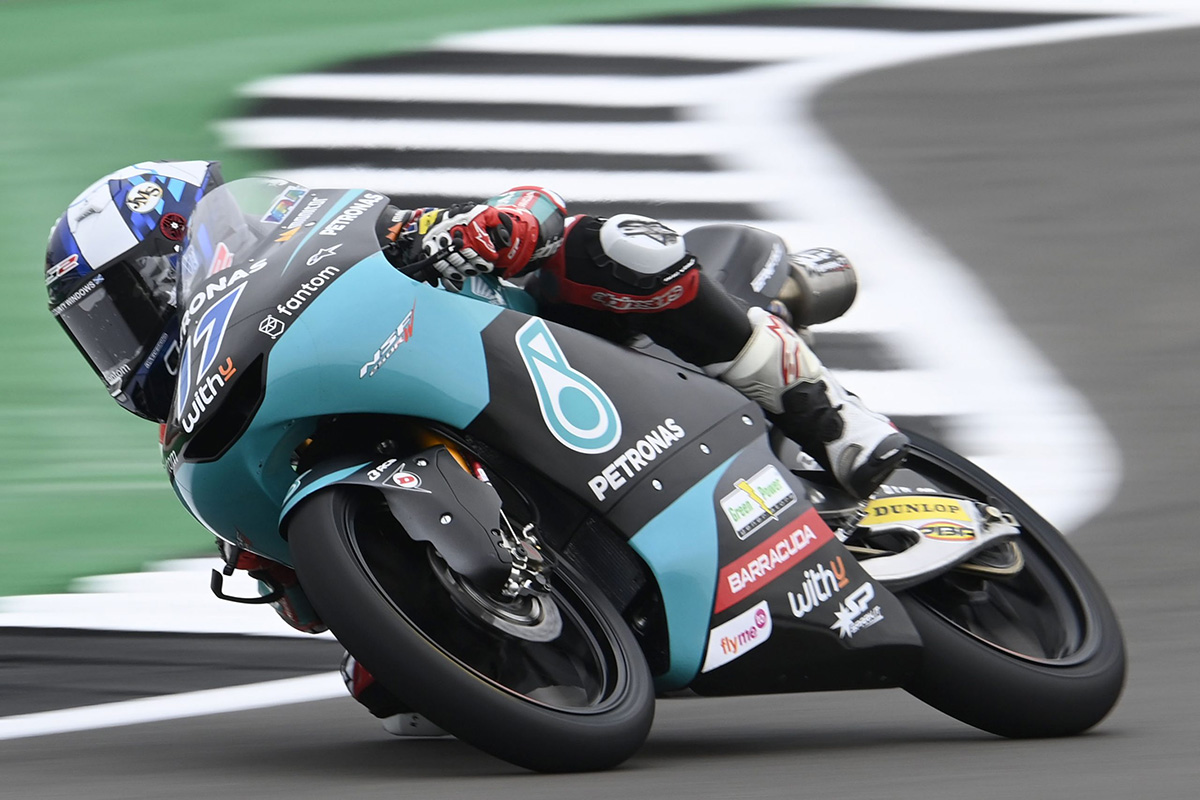 Silverstone came alive with Moto3 bikes for the first time in two years, as PETRONAS Sprinta Racing’s John McPhee and teammate Darryn Binder got things underway on a cold opening day of the BritishGP, although sadly John was 15th after a difficult start to his home GP.

A steady start to FP1 saw John get a couple of laps under his belt, before setting a 2mins 15.272secs lap that put him sixth. Unfortunately a Turn 12 crash after this cut his session short and ended FP1 24th. Eager to make amends for the morning highside, the Scot was quick to make improvements in FP2 and stayed within the top-15 for the majority of the session. Ultimately, John ended the opening day of his home GP 15th – 2mins 12.286secs.

The crash wasn’t the wake up call I wanted this morning, but I had purposely tried to feel my way in because the track temperatures were really cold and I was on a hard rear tyre. I was five laps in and on the gear change, going into Turn 12, it just spun up and I highsided. It was a hard impact, especially on the lower back, so I’m glad that I’m okay to ride. I think I might wake up a little sore tomorrow. To go out in FP2, which was my first real run of the day, and be so close to the times is a positive thing. It was so nice to see all the fans cheering and it’s amazing that we’ve got full, sold out grandstands this weekend. I really appreciate all the support from the home fans and hopefully we can put on a good show for them.